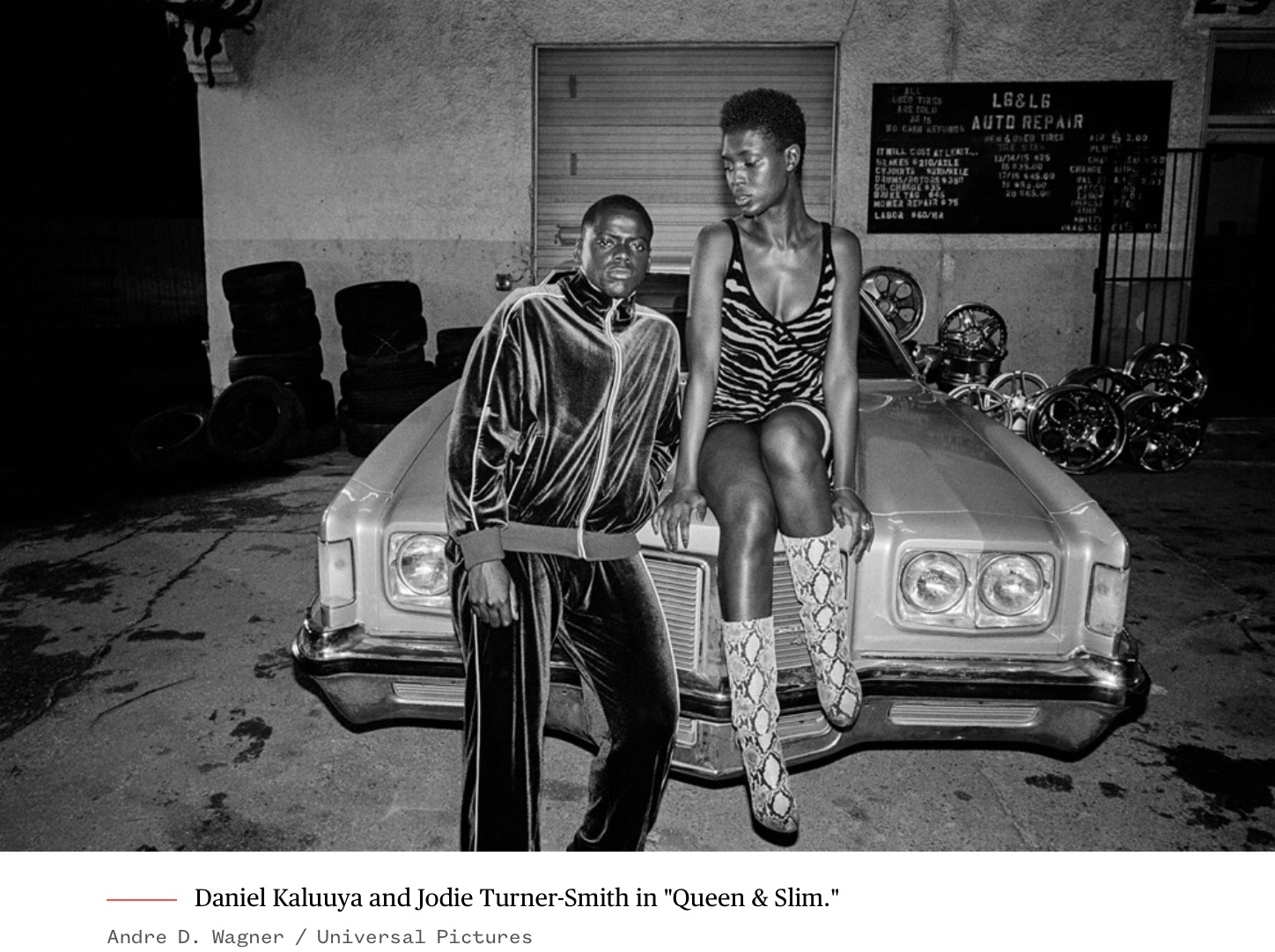 As I left the movie theater after watching Queen & Slim, I spoke with a friend who asked me what I thought of the film. I prefaced my comments with, “It was good and disturbing.” A couple of days later, my aunt asked me if I liked it and if I would buy it or see it again. Pensively, I responded, “I liked it. I no longer buy movies. I thought about seeing it again but the subject matter was a bit intense for me.”

One of the sound bites in one of the trailers calls the two protagonists the Black Bonnie & Clyde. Many other reviews are leading with that misleading comparison. There’s no crime spree. There’s no pleasure taken in hurting others or breaking laws. The film is about two Tinder users who meet for a date. Viewers suffer through their very awkward conversation with them. If the film ended at the restaurant we would all be sure that these two young people parted with no intention of ever seeing one another again.

The pace of the whole movie is smooth and unhurried. So much so that I grew tense anticipating expected anticipatory moments. However, Queen and Slim remain mostly unhurried and unbothered throughout the film. Their lack of urgency truly bothered me. Honestly, it wasn’t until the end that I understood what they knew from the beginning: none of us are getting out of this alive. We all rush through life consuming experiences, emotions, people, and opportunities while not really being present. Ignoring the poignancy of now in a headlong rush for a goal or a hope.

This film is both a snapshot of oppressive America and a love letter to Black People. My summary of the overall message is: the biggest threats to the power structure, world order, global oppressive systems and the overall ruling class is 1. A Black Woman who stands up for a Black Man and 2. A Black Man who carries a Black Woman (holds her in his arms). Deadly threats both. The whole history of this country and colonial systems around the globe have been based on making sure neither of those two things happen freely, naturally or often.

It would be easy to say Queen & Slim is a film about Black People. It’s more insightful to articulate how the whole film was about humanity and our varied nuances. It showed how people rally behind anything that gives them a reason to stand on their feet. It showed how people are willing to help, sometimes at a steep cost to themselves, just because someone is in need. It showed how some people take advantage of others for personal gain. It showed how we can grow in love and admiration simply by proximity and shared time. It showed how hate and fear is an infection that spreads like wildfire. Yet compassion was also sprinkled throughout the film with slightly subtler flare.

I thought the film was disturbing because it was so real. Being pulled over by an aggressive police officer. Deciding to fight for your life rather than being killed for someone else’s pleasure. Seeking refuge. Trusting strangers. Going from someone simply living your life to national symbols and targets overnight. We’ve seen these actions played out repeatedly in the news, on our timelines and in our neighborhoods. Yet as familiar as it all is, Queen & Slim did a good job of not painting everyone in primary colors. There were kind and compassionate police officers, as well as lazy and uninterested, conflicted and compromised cops. None of those cops took away from the largest presence of police officers in the film being those whose “fear for their lives” justified their use of deadly force.

Family wasn’t prominent in the film, but family was certainly part of the fabric of the story. From early on, we knew how important Slim’s family was to him and how disconnected Queen was from hers. Family relationships were fraught with tension. Safe havens erupted in unnecessary violence, but the support was always there. It was the protective acts that proved love despite the distance of time and space.

Black people recognized Queen and Slim every where they went. They were embraced as they were and praised for what people thought they were. Resting in the bosom of the Black community could have been a theme. Until it wasn’t. What’s betrayal without access and knowledge?

The most disturbing part of the film was the jolting inter-lacing of two scenes. Queen & Slim on the run ran into themselves and each other. Their coming together in the middle of nowhere, surrounded by nature, was extremely tender and lovely. Unfortunately, the viewer didn’t get to watch this scene play out in peace. The screen cut to a protest against police brutality that was building in anger and intensity. Every few seconds the viewer was jolted from the natural serenity of two people coming together in love to the violence of the tools of oppression (police officers) and the oppressed charging towards a collision.

It was painful to watch because the truth is we have to find our joy in chaos. Violence and oppression don’t take breaks for self-exploration and human connection. If we don’t stop where we are and enjoy now, experience one another now, decide to grow in understanding and compassion now, we will learn that tomorrow may be too late.

Queen & Slim could have been their Tinder handles or the nicknames assigned to them by an adoring public. Two people clashing in the night who eventually ended up clinging to one another. Isn’t that the story of any woman and man learning each other? First circling in suspicion, then dancing together. This was a story of the evolution into the fullness of womanhood, manhood and vulnerability. Our lives are more than our circumstances. We can choose who we will be in every moment we have breath. We can change what’s of value and importance to us as we move through life. We can live fully in the purpose of the moment, in the now, unbothered by what may or may not be our future. Faith & Joy could have just as easily been their names, it would be an equally fitting title for the film.

The WordPress.com stats helper monkeys prepared a 2015 annual report for this blog.

A San Francisco cable car holds 60 people. This blog was viewed about 2,200 times in 2015. If it were a cable car, it would take about 37 trips to carry that many people. 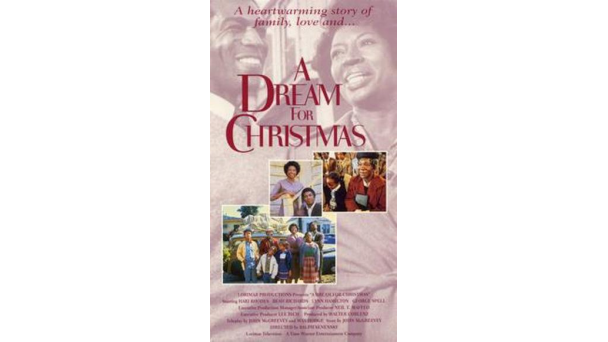 On Christmas day I watched a lovely movie about new opportunities, hope and perseverance. A Dream for Christmas was made in 1973 but is set in 1950. It should be on a classic Christmas movie rotation every year, but it’s not. I had never seen it nor heard of it before and I think that’s a shame since it’s a really good story about a family working together through change and challenges. It’s a slice of life and a looking glass into an every day poor African-American experience pre-Civil Rights Movement. Very intriguing. Very warm. Very well done.

A Dream for Christmas is a story about Reverend Will Douglas and his family moving from rural Arkansas in 1950 to Los Angeles to pastor a church. Unbeknownst to the Reverend Douglas, his new church is scheduled to be demolished with the rest of the block by a developer intent on building a shopping mall. Familiar story, isn’t it? Yes, this is also a very modern story of overcoming money and opposition with hope and faith while working towards a goal.

Treat yourself, your family and your friends – watch and share.

The picture on this link is clearer: https://youtu.be/0wLZ1ZPlOrY 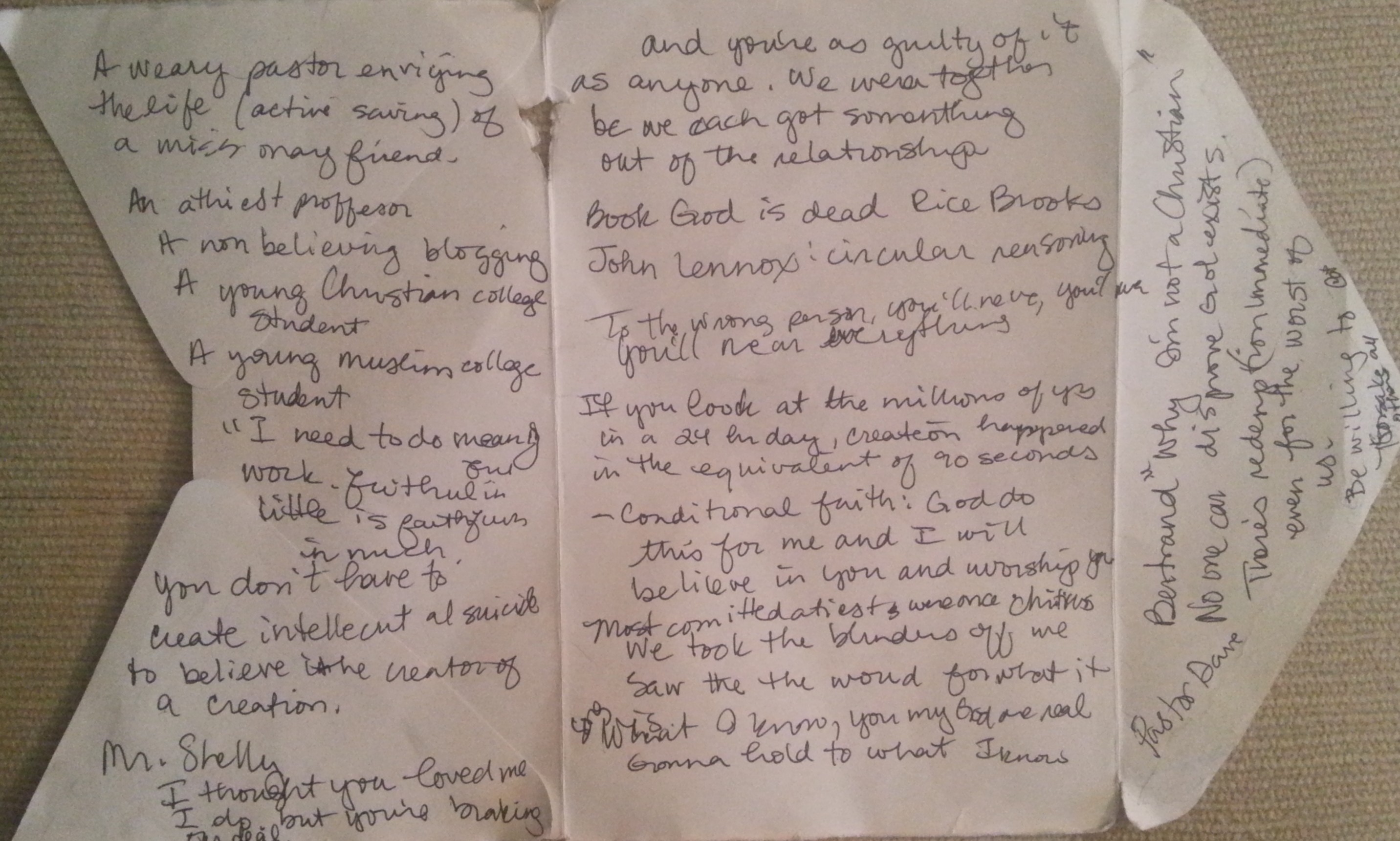 “The decisions you make now will have serious consequences.”

If you enjoy a good  Adam and Eve, David and Goliath, Jesus in the desert story, you’ll enjoy God’s Not Dead. This film pits a college freshman up against a celebrated philosophy professor and essentially academia. It’s a film that illustrates the fallout that can happen in your life when you truly take a stand for Jesus Christ in a culture that has no real opinion or passion about faith.

Are you willing to forfeit your family, your spouse/significant other, and your future plans in order to follow Christ and the leading of the Holy Spirit? This question is the premise of the movie. From it the movie evolves into a series of situational choices and confrontations that could represent a day in any of our lives.

The story follows certain interactions among a weary pastor, his visiting missionary friend, an anti-theist professor, a Christian college student, a college student from a Muslim family,  a backslider and a non-believing blogger.

“The most committed atheists were once Christians. We took the blinders off; we saw the world for what it is.”

This element makes God’s Not Dead an excellent teaching film on an individual or group level.

Have you seen it yet? What are your thoughts?