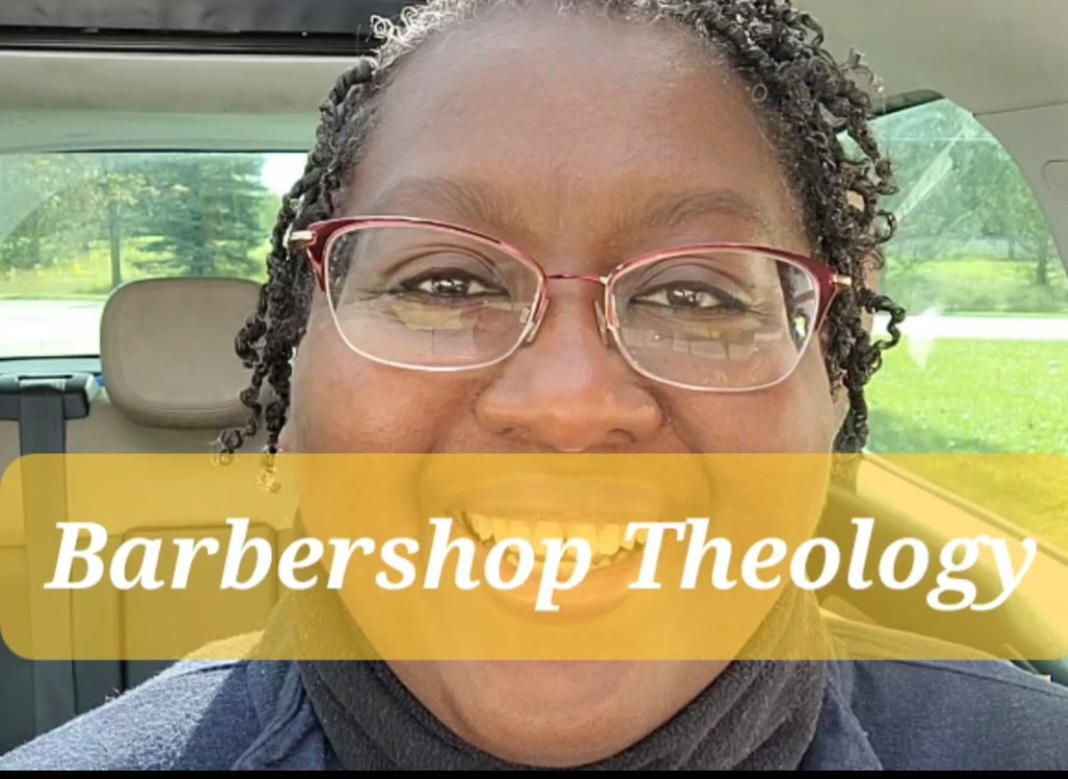 It’s disappointing & infuriating to see Black Women constantly attacked by black men. The common theme is: a strong Black Woman erases the Black Man. i.e. there’s no need for a man if a woman can live in her own strength & purpose. This line of thought usually leads to what a woman’s role and place are (spoiler: obedient & beneath a man).

One IG poster started in on Wakanda Forever. He was outraged by all the powerful Black Women in the trailer. Where are the Black Men, he screamed! I would rather they replace Chadwick Boseman than put a woman in the panther suit, even though that’s how it happened in the comic book!” Ok, bruh. He went from outrage with Wakanda Forever (we all know it hasn’t even been released yet), to outrage with Woman King. He loves Viola, of course he does, but how dare she call herself a king! His Woman King post is at the end of my video commentary. Pause/screenshot it to read.

For those who have seen the movie, what are your thoughts?

For those who don’t want to see the movie, what are your reservations?

I was able to verbally rebut this idiocy in a barbershop. The loud and wrong men called me sexist for insisting that Black Men are not the only ones in danger. “Why you gotta keep bringing up Black Women,” they yelled. They called me a bougie Christian for saying I want an equal partner in marriage. “What, you think you’re white? Talking about a partner… why don’t you want a HUSBAND or do you mean you’re a lesbian,” they laughed uproariously. They kept repeating in different ways that men and women are not equal as something ordained by God. I asked for scripture, they had none.

The thing that choked me into a stutter was that each of them claimed they were good men. Truly stunning to me. Nothing they said represented goodness. How can you be a good man when you don’t even see the goodness you’re claiming for yourself in the woman God created? What’s good about inferiority? You think women are less than – how is that honorable? How is that praiseworthy?

The former head of my department at work implemented what he called the “two-partner” approach to problem solving. He encouraged his managers to call on each other to talk through difficult or complex issues. He assured them that the process of talking through the problem would yield perspectives and solutions that the solo person never would have considered.

In the single female world, we call our girlfriends when we need to two-partner. But I’ve come to learn that girl talk is still one-sided as it is only a female perspective. I’ve also come to realize I have long been at a disadvantage without a male perspective to two-partner through issues with.

But God is good. This has been an exceptionally difficult year, but I can look back and see where God provided male voices I could hear, trust and listen to. As I sit here and write, I am exceptionally happy for their words of concern and guidance.

Usually, I am quick to say that I don’t have any male friends, but as I review this post, I see that there have been men who have stood as a friend to me in various situations through the years. They may not be a daily presence in my life, but when they have shown up, they have been fully present for me in that moment. This year, God has allowed some solid men to offer their voice to some of my decisions, dilemmas and transitions, and I must say I’ve been lapping up their words, suggestions and guidance with the eagerness of a leaderless scout following a glowing arrow in the woods.

A couple of years ago, I sat in on some small group Bible studies with an out-reach pastor in the City. Last spring, I sought him out before I left for Israel because I had some concerns and questions that I really needed to talk through. He was a good person to “two-partner” with regarding my desire to go to Israel and all the associated concerns. He asked for a follow-up meeting upon my return and from there we began meeting every other week to discuss any other Biblical topics or themes that came to mind. He has been a blessing. I had prayed long and hard for someone to discuss and explore the Word of God with. Our one-on-one Bible meetings have been incredibly thought provoking and edifying for us both. More than that, knowing that he’s a traditional Bible teacher who doesn’t believe women should be heard from in the assembly of the church (i.e. he quotes 1 Corinthians 14:34-35 which says women should be silent in the church and ask their husbands questions at home regarding the teachings) added a very interesting layer to our conversations. To be told by a pastor, who’s been teaching for thirty years, that our discussions have him looking at the Word from different angles encourages me to continue to speak in faith even when entering a conversation with someone who has different viewpoints; when the Holy Spirit is present, understanding will come.

On the work front, there’s a former colleague who’s been going through huge family growth and transition since we first met three years ago. He provided a voice of reason when I shared thoughts about a cross-country move in the late spring. Based on his experience as a husband and father, he suggested options and scenarios that never crossed my mind. He shared the things he considered when he and his wife made their first big move and when he moved his young family more recently. It was quite eye-opening, hearing the things a man thinks about in such a situation, especially because my own decision to relocate was completely based on my emotions. Sharing with him and hearing his feedback grounded me in a way that I couldn’t manage to ground myself. At the end of our conversation, I said with a little bit of awe, “I really need my own husband; you guys are awesome!”

Over the summer, I was able to connect with an old friend who proved to be a great support in the past. We hadn’t spoken in a while, but from the word, “Hey” it was laugh-therapy with quite a bit of sharing about how our worlds and focus have changed over the years. We spoke about our current challenges and the hopes that were sustaining us. It was nice to “two-partner” with someone who knows how I think and can understand my conclusions without a drawn-out personal history lesson for background. We just jumped right into the listening, guidance and support portions of the conversation. As always, I was uplifted by the exchange.

There was another co-worker who, for well over a year, heard my gripes, joys and hopes on a regular basis. He listened with attentive ears and offered very insightful council. And more often than not, he shared his own gripes, joys and hopes as well. We were both cheerleaders and receivers to one another – often times in the same conversation.

This fall, I had the opportunity to speak one-on-one with a social brother I rarely see. We had something of a public disagreement last year via social media. We made up, in a way, via other forms of media. Since then, we’ve seen each other a couple of times in groups and got along well. But when we ran into each other a few weeks ago, he made a point of telling me that my public rebuke “had him feeling some kind of way”…. Even though he understood why I did it and acknowledged that a rebuke may have been necessary, he said he wished I would have pulled him to the side and said my piece offline. I thought about it. I heard him, really I did. I briefly defended myself by stating that I responded to the offense in the same forum that I received it. Then I assured him that, in future, I would endeavor to keep any criticisms for private conversation.

I don’t know about you, but that was huge for me. I’ve been telling people for years that you have to teach people how to treat you. The same holds true for me – I have to be taught how to respond to individuals in a constructive way for my relationship with them. Some people don’t pay attention to my bluntness. Other’s pay attention, but don’t care. Then there are those who hear and care, but would appreciate a softer word to respond to. The fact that we “two-partnered” our own relationship was enlightening and encouraging. What I took away from our conversation was the need to pay more attention to the masculinity in the man. To treat a man’s masculinity as something I wish to nurture rather than destroy.

Last in this short list of men who have given me a taste of two-partnerhood, is the neighbor who speaks to me so comfortably about some of his troubles that his wife has two-partnered with me a couple of times regarding him. He speaks to me of things his wife has told him (and me) that she has no interest in talking to him about or she doesn’t otherwise want to hear. I’m not suggesting this is a good practice to allow or encourage, however, I have learned a valuable lesson from them: I pray that when I marry, I learn to have an open ear and heart for my husband always. I pray I don’t become a woman who poisons the well of communication in my marriage.

The men briefly profiled here have provided positive examples of manhood for me over the past seven years. Looking back on what I’ve learned from my interactions with them, I am able to see that God heard my cry and answered my supplication in my book, My God and Me: Listening, Learning and Growing on My Journey, where I wrote a great deal about how I had no positive examples of marriage while growing up. Throughout the book, it was evident that there was an early and long struggle for me to respect many of the males who had impacted my early life. In my early experience, men did not act like men and I saw no need to treat them as if they were. By the time I published My God and Me, I had disposed of all that worn-out baggage and was looking for better experiences for my life.

Now, as I look back on what I term an “exceptionally difficult year”, I see an exceptional shift in my preparation for marriage. God has seen fit to connect me to men whose masculinity is tempered with compassion, humor, vulnerability and wisdom. He connected me to men who communicate and follow-through on their care and concern for my well-being.

I no longer see the negative representatives of manhood from my early life when I think of the man I will partner with. I see a collage made of:

I see a man who will be a confidant, friend, guide, lover, motivator, protector, provider, supporter, visionary and more to this woman who wants to be the same and more to him.