What topics are you interest in? Share in the comments. 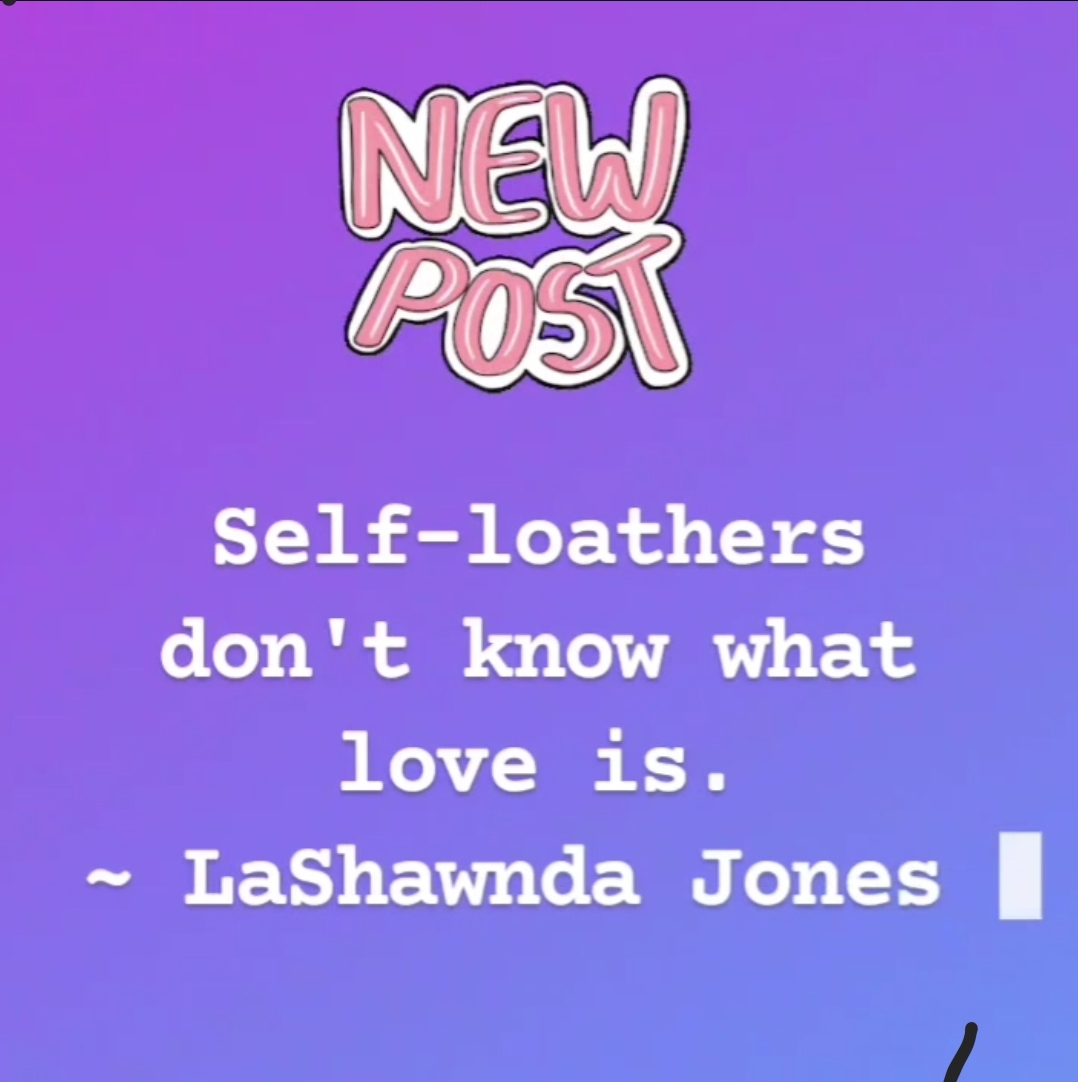 Are you the friend you think you are? How do you see yourself in your friendships compared to how your friends see you?

I’m repeatedly reminded that people who don’t love themselves are incapable of giving, receiving or showing love to others. They are sometimes good at faking it, but fakers always expose themselves out of frustration.

One of my biggest beefs with people is their lack of understanding about love. As well as their use of the word as a tool. One truth I’ve learned is that people who don’t love themselves are incapable of loving others. Sometimes it’s best to simply step away from them to avoid being collateral damage from their internal war path.

In this video I share about a recent structural collapse in a long friendship. What resonates with you?

Categories: Blog, Family and Friend Relationships, I AM WOMAN, My God and Me: Listening, Learning and Growing on My Journey
Tags: don't hate, end of friendships, false friends, interpersonal relationships 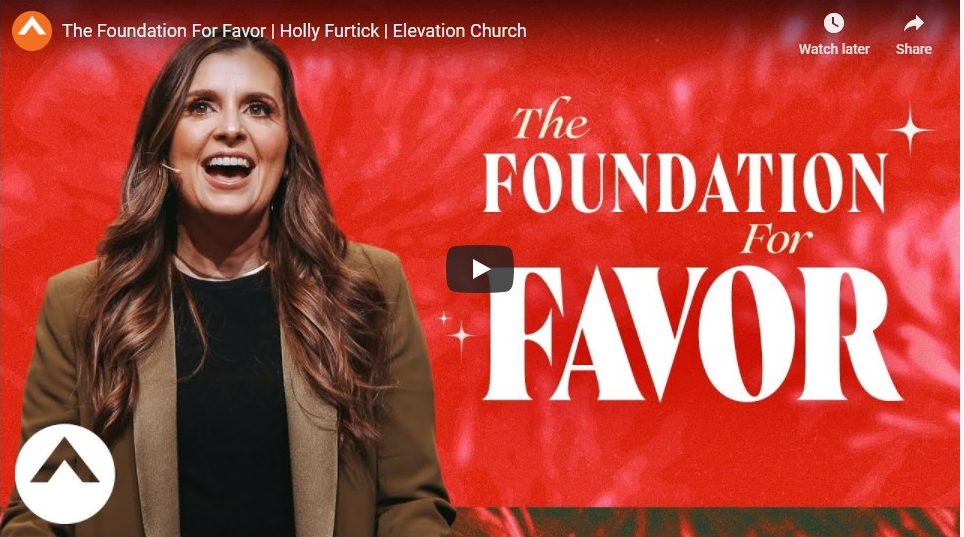 Blessed are those who trust in the Lord, whose trust is the Lord. They shall be like a tree planted by water, sending out its roots by the stream. It shall not fear when heat comes, and its leaves shall stay green; in the year of drought it is not anxious, and it does not cease to bear fruit. ~ Jeremiah 17:7-8

Having a relationship with God does not exempt us from troubles. It gives us a foundation to draw from when hard times come. It enables us to not only survive, but to bear fruit during the most difficult season. Droughts and storms, summer, winter. Fake trees look good but they can’t bear fruit.

Strong people do not happen by accident. Strength is not revealed during the dry season. It just reveals itself

And he came to her and said, “Greetings, favored one! The Lord is with you.” But she was much perplexed by his words and pondered what sort of greeting this might be. The angel said to her, “Do not be afraid, Mary, for you have found favor with God. And now, you will conceive in your womb and bear a son, and you will name him Jesus. He will be great, and will be called the Son of the Most High, and the Lord God will give to him the throne of his ancestor David. He will reign over the house of Jacob forever, and of his kingdom there will be no end.” Mary said to the angel, “How can this be, since I am a virgin?” The angel said to her, “The Holy Spirit will come upon you, and the power of the Most High will overshadow you; therefore the child to be born will be holy; he will be called Son of God. And now, your relative Elizabeth in her old age has also conceived a son; and this is the sixth month for her who was said to be barren. For nothing will be impossible with God.” Then Mary said, “Here am I, the servant of the Lord; let it be with me according to your word.” Then the angel departed from her. ~ Luke 1:28-38

Blessed are you among women. Blessed is the fruit of your womb. ~ Luke 1:42 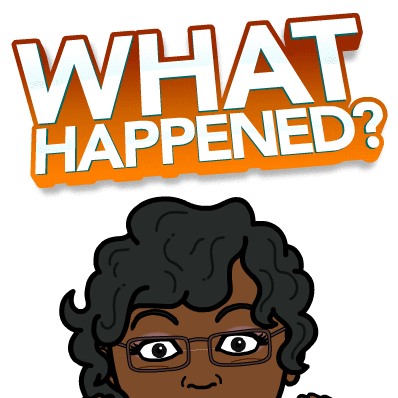 There were left-over birthday cupcakes in the office. I walked over grab a couple and shared with ladies on my return to my desk that there were some goodies around the corner.

One co-worker vehemently protested the cupcakes. She went on and on about how she couldn’t possibly eat a cupcake (miniature or otherwise) because of all the flavorful bites of food she had last week which have since caused her belly to poke out a bit. She continued that she has a trip coming up in a month and half that she wants to look and feel good for.

I said that eating food has an effect on our bodies, but told her I was not trying to force a cupcake on her. I attempted to shift the conversation by mentioning that my personal fitness trainer had texted me the day before complaining about pancakes I had eaten last week and insisting that I not “cheat”. I was chuckling as I shared that I hadn’t responded because I didn’t want to sound cross when I text back that eating pancakes is not cheating when I didn’t agree not to eat pancakes; and point out that I didn’t agree to share my food log to be beaten up about my food choices.

To this, the co-worker responded: “LaShawnda, you will never get a man like that!”

I thought I misheard her. “I will never get a what?”

“You will never get a man. Everything is an argument with you.”

I was flabbergasted. What was I arguing about? I pointed out that there had been no agreement with my trainer regarding what I eat and my response would be about setting boundaries not arguing. She walked away laughing.

When she came back, she walked over to me and said the following while avoiding eye contact, “I didn’t mean to cause offense, but I’ve learned that you have to learn to appease men to keep them and the way you talk will not appease any man.”

“I am not interested in appeasing anyone at the expense of being who I am.”

“Well, maybe I’m projecting a bit. One of my friends just told me that and it sounded like you could benefit from the advice. From my experience, my relationships didn’t work because I didn’t put effort into appeasing them.”

“I don’t need to appease “men.” I always say, I only need one man. My goal is to have a good partnership. If I can partner well with someone, everything else will fall into place. I am not interested in being miserable or changing who I am to appeal to anyone’s idea of who they think I should be. Having a man isn’t that important to me – not at the expense of myself.”

“Well, I have no response to that. I’m not arguing.”

Even having typed this out, I’m still a bit speechless. Perhaps she needed to talk. Perhaps she really wanted to attack me. Perhaps she’s feeling the pressure of being a people- and man-pleaser. Whatever the case, she’s not doing herself any favors. Nor is she doing any favors for women or men in general.

I may be a hopeless idealist, but I do believe there is value in being genuine. It’s not automatically antagonistic to state what you will and will not do or what you want, don’t want or what you will and will not accept. What I have learned through my interactions with people is that people who live honestly and fully as themselves will always incite resentment from people who practice hiding themselves as a way of getting people to like and accept them. Hiders will always be insecure, because they do not generally allow for opportunities for others to truly get to know who they are. They only allow for their social representative to be known: the good guy, the nice girl, the charmer and the sweetheart. In doing this, they become stuck and beholden to a false image they created to interact with and please a public they will never really know.

Recent jerk attacks on my good will:

A couple of weeks ago, I posted on FB that I was going to attempt to ride 55 miles on my bike in an event. I asked for words of encouragement and prayers. One “friend” worked in several comments on my one post about her going the whole 108 miles. And another tried to sell me a cycling fashion accessory. Oh, and by the way, good luck….

This past weekend, I posted on FB that me and my bike collided with a SUV during another ride. I mentioned my gratitude for the kindness and compassion of the strangers who assisted me. One of the same FB “friends” commented that I would’ve looked good in the crash had I purchased her cycling fashion accessory.

A new employee in my group at work (junior to me) increasingly speaks to me as if I’m the bag girl on an 18th Century cotton plantation. I’ve noticed that her most scathing criticisms are for other black employees (none of whom are junior to her, thank goodness!). I am one conversation away from completely pulling the cotton burrs from her eyes, ears and butt. I’m just sayin….

My landlady, who lives upstairs from me, called yesterday to see how I was doing. Her husband who saw me a few hours after my collision on Saturday told her about it. She explained that she had been busy with her life and she thought I would call her before then and tell her about my ordeal. Since I hadn’t called by Wednesday, she decided to call me. I can’t make this stuff up! I was hit by a car and you’re telling me you were too busy to walk down one flight of stairs just to say “whatever” when you found out? Too busy to pick up the phone and call and say “whatever”? Then she told me to let her know if I needed anything. I later found out a package had been delivered to her house for me the day before, so I called her back and asked her if she could bring it downstairs. Did she? No. Apparently that was too much to ask. One of her questions to me earlier had been “Why didn’t you call me to come get you when you got hit?” I wanted to tell her last night, “The fact that you have always refused to walk down a flight stairs for me is why I didn’t think of calling you when I truly needed help.”

There’s a woman who sells newspapers outside my office building. Last year we realized we attend the same church. Since then, even though I don’t buy the paper, I stop to speak to her when I pass by that corner. It’s been some months since I’ve seen her. Yesterday, I saw her and walked across the way to see how she was doing. She tried to sell me a paper. I told her yet again, that I don’t buy the paper; I was just stopping to say “hi”. She continued that she would have a different paper the next day. Today I saw her and just waved. She held up the “different” paper and shouted that it was selling for a dollar. Now, it crossed my mind, that I could spend a dollar to help her sales. But it also crossed my mind that if someone asks after your well-being the worse response is to try to make a dollar. I’m just saying….

I’m just really peeved by the lack of care people invest in their interactions with other people. No one else matters if they are outside of what’s necessary or convenient for the self-absorbed person’s lifestyle or finances. I can’t say that I’ve learned anything deeply profound from my interactions with these women, except that it’s very unfortunate that my top “jerk stories” involve all female antagonists. Really, what is the world coming to when the emotional intelligence of women erodes?

Today’s lesson: Sometimes people are just jerks. There’s no excuse or explanation for their attitude or behavior. And I accept that I am not obligated to make myself available to be their cutting stone. Perhaps unfortunately, I have felt an increasing need to point out their unpleasantness as it is applied to me. Hopefully, that doesn’t make me into too much of a jerk….