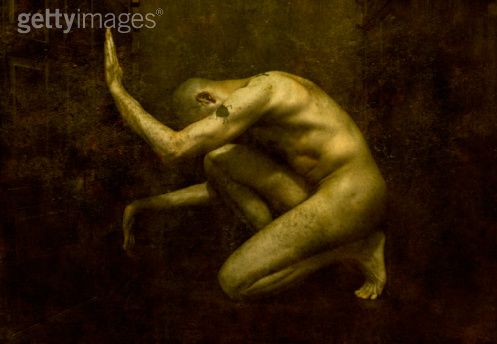 From The Process of Asking for, Receiving and Giving Love and Forgiveness (Available January 2011)

And he will stand to lead his flock with the Lord’s strength, in the majesty (power) of the name of the Lord his God. Then his people will live there undisturbed (securely), for he will be highly honored around the world.   ~ Micah 5:4 (NLT)

The week of Thanksgiving brought several personal revelations to me through the resurfacing of a dormant family relationship. Then over Thanksgiving weekend, I had a series of dreams that expanded on those revelations.

The most vivid dream in the series involved a man (not a relative). In each  scene the man appeared in, he was standing tall with firmly planted feet and a broad welcoming smile. Perched on his left hip, like an attachment, was a big baby boy who looked to be three or four years old. He was a beautiful boy with bright alert eyes – piercing, really – and a much older mischievous expression. Physically, the toddler didn’t resemble the man at all, yet there was an element of sameness and familiarity.

The man greeted me and indicated in the conversation that the toddler was one and a half years old. I commented that the baby boy was more than twice the size of the average toddler his age. Even as I said that, I was reaching over to hug and kiss the baby/toddler. The man’s face was glowing with joy when I stepped back to face him. He then embraced me. End dream sequence.

Upon waking, I was confused about elements of the dream. Primarily, who was the big baby/toddler boy? As I mentally walked back through the dream, I discarded the thought of the boy being the man’s son or other relative, and concluded the baby/toddler was the man himself, representing a part of the man that was less mature in some areas, even though he looked over-developed. Mostly, the baby/toddler seemed to represent a part of the man that was extremely vulnerable, even though he appeared to ooze mischief, knowledge, awareness and confidence.

What happened in the dream to inspire this retelling?

The man presented his vulnerabilities to me and I embraced them (symbolized by me hugging and kissing the baby/toddler). The joy the man received from that acceptance lead to his willingness to accept me (symbolized by him embracing me).

The focus scripture in service this week came from Micah 5:1-6. Verse 4 (He will stand and shepherd his flock in the strength of the LORD) stood out to me for two reasons: 1) The man’s solid stance in my dream brought to mind security and strength 2) I’ve been listening to Santus Real’s song, Lead Me. The lyrics are a beautiful blend of a man’s strength and vulnerability through his multiple roles and responsibilities. The refrain is written from a wife and child’s perspective:

“Lead me with strong hands
Stand up when I can’t
Don’t leave me hungry for love
Chasing dreams, what about us?

The song is a prayer for God to lead the man – the husband, the father – to be the strength of his family – the provider, comforter and defender – through God’s grace and power. It’s a moving prayer of a man laying bare his uncertainties and asking for the strength to love his family through his presence and with the best offerings of his life.

It’s such a vulnerable plea, but there’s so much power in it.

The convergence of all these elements had me analyzing aspects of my life. Specifically, the lack of strong hands in my life and the fact that there has never been anyone (father or other) standing or fighting for me. And I marveled that my hunger for love had turned into such a state of starvation that I’ve ceased to feel. Wonder of wonders… how different would my life be had I been blessed with a father who lead rather than destroyed?

It all rolls up to love. The best expression, the most lasting impression of love that we will receive in this life is through our father, mother, and spouse (husband or wife). If they aren’t led by the spirit of God, His love for us will not be experienced through them and we could remain hungry for love, chasing useless things in a lonely life because we have no idea how to be love or how to receive love.

Fortunately, these sad, lonely low points of neglect and uncertainty puts us in a special space for grace. I thank God for my vulnerabilities and my willingness to accept and embrace them. The more vulnerable I am, the stronger God’s presence in my life becomes.

Three times I pleaded with the Lord to take it away from me. But he said to me, “My grace is sufficient for you, for my power is made perfect in weakness.” Therefore I will boast all the more gladly about my weaknesses, so that Christ’s power may rest on me. That is why, for Christ’s sake, I delight in weaknesses, in insults, in hardships, in persecutions, in difficulties. For when I am weak, then I am strong.   ~ 2 Corinthians 12:8-10