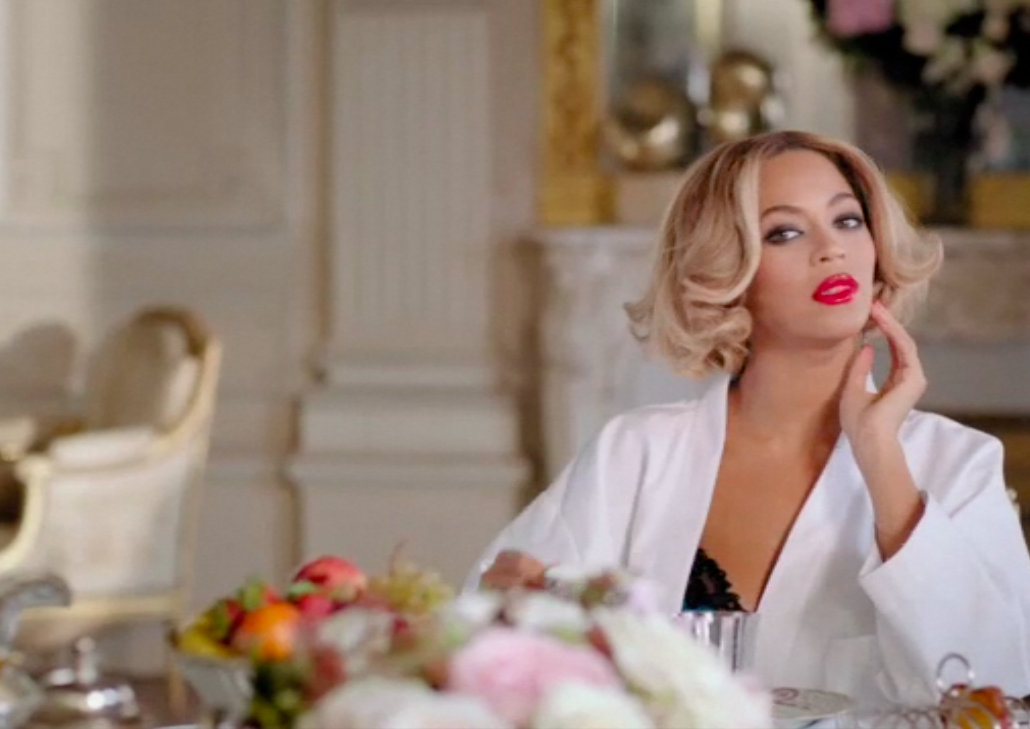 A person’s art reveals their struggle

This is a follow-up to Rewriting 99 Problems. A day after watching the now infamous elevator video, I sat down to write about the relationship dynamics that were standing out for me in that small space within the camera frame. I spent most of the day thinking, wondering and asking aloud, “Why would a woman stand by, apparently unphased, while her husband was being attacked by her sister?” I couldn’t think of one good reason that would not have me, as the wife, checking my sister for disrespecting my husband and therefore me. Or if I knew there was just cause for my sisters’ anger, checking my husband myself. Under no circumstance would I have stood by and done nothing.

I couldn’t understand the emotional disconnect in the video I watched.

Until I watched three of Beyoncé’s recent videos. “Partition” really saddened me. “Drunk in love” truly disgusted me. “Pretty hurts” pretty much said it all.

What I saw in Beyoncé’s videos was a plea for love hiding behind a gyrating body decorated to showcase the promises of lustful fulfillment.

The sad thing about Partition was that the video began with Beyoncé sitting across the breakfast table from her husband. She was covered by a full robe and pretty much had the look of a lady of the manor. Yet her husband was ignoring her. She couldn’t get his attention. So then she goes off into a fantasy land of provocative corsets and barely there lingerie doing all sorts of erotic things by herself, on furniture and in sequence with other women. During this sequence we see the back of her husband’s head as he now focuses his full attention on her performance. It’s only in this sequence that she’s touching him – and only then does she smile – and it her that she shares how great and spontaneous their sex life is. This is where the viewer is to assume a great sex life translates into a great relationship, and in their case, a great marriage.

Refrain: Take all of me. | I just wanna be the girl you like. | The kind of girl you like is right here in me.

Truth: I have never met a man who was content to showcase his wife’s body to another human being (i.e. another man) most especially when the husband loved and respected his wife.

Another truth: I have never met a woman who wanted anyone’s attention more than she wanted her husband’s when the wife loved and respected her husband.

Drunk in Love is more of the same, but what’s disgusting about it is that they both actually speak in detail about the mechanics of a sexual encounter between the two of them. It’s lyrical pornography. The video opens with Beyoncé walking on a beach in a bikini with a sheer dress covering holding a large trophy upside down. It’s looks like a trophy from Pretty Hurts. She calls the song Drunk in Love but everything she’s talking about sex – random, drugged (she says: Neva tired, neva tired I be sippin, it’s the only thing keeping me on fire (as she thumbs her nose)), rough, violent (Jay-Z says: I’m like, now eat the cake Anna Mae). Even though she’s gyrating throughout the whole video and the viewer is apparently to assumes she’s dancing for her husband, there is not one shot of them facing each other with any tenderness. In fact the camera never captures Jay-Z looking at her. There are shots of the back of his head with her in front of him. However, there are several shots of her looking lovingly – longingly – at him. By the end of the video I was left wondering if she still considered herself to be the trophy or if she’s attempting to represent her husband as her trophy.

Pretty Hurts is a very sad confessional describing how she became focused on image. Her self-worth from an early age was invested in how she looked and pursuit of the beauty pageant crown. At one point the pageant host asks Beauty Contestant Beyoncé, “What is your aspiration in life?” She takes nearly a minute to answer. There are shots of her falling into deep water (drowning?), siting backstage in despair, sitting nonchalantly on the floor at home in front of a massive collection of trophies and ribbons before getting up to smash the display. With tears welling and falling in a quick shot, she says, “What is my aspiration in life? Well, my aspiration in life would be to be happy.” She closes the song with the question: Are you happy with yourself?” and answers with a buoyant, “Yes!”

I think she’s shared and shown far too much for us to believe that.

All this to say:

A woman who has never learned to love herself in her simplest state and form lives on the precipice of self-destruction when she allows her primary validation to come from outside of herself. We all seek acceptance and we all want who we are to be loved by those whom we love. That’s natural. What’s harmful and destructive is when we place everything important to our existence on the temporary nature of youth, physical beauty, physique, money, fame, popularity, etc. She’s doing everything in her knowledge-base to remain the prettiest woman in demand, while at the same time, she’ probably destroying what she wants most – her marriage and family.

Mama said, you’re a pretty girl
What’s in your head it doesn’t matter
Brush your hair, fix your teeth
What you wear is all that matters
[Pre-Hook]
Just another stage
Pageant the pain away
This time I’m gonna take the crown
Without falling down, down
Pretty hurts
Shine the light on whatever’s worse
Perfection is the disease of a nation
Pretty hurts
Shine the light on whatever’s worse
Tryna fix something
But you can’t fix what you can’t see
It’s the soul that needs the surgery
Blonder hair, flat chest
TV says bigger is better
South beach, sugar free
Thinner is better
Ain’t no doctor or therapeutic that can take the pain away
The pain’s inside
And nobody frees you from your body
It’s the soul that needs surgery
It’s my soul that needs surgery
Plastic smiles and denial can only take you so far
And you break when the paper signs you in the dark
You left a shattered mirror
And the shards of a beautiful girl
When you’re alone all by yourself
And you’re lying in your bed
Reflection stares right into you
Are you happy with yourself
It’s just a way to masquerade
The illusion has been shed
Are you happy with yourself
Are you happy with yourself
Yes