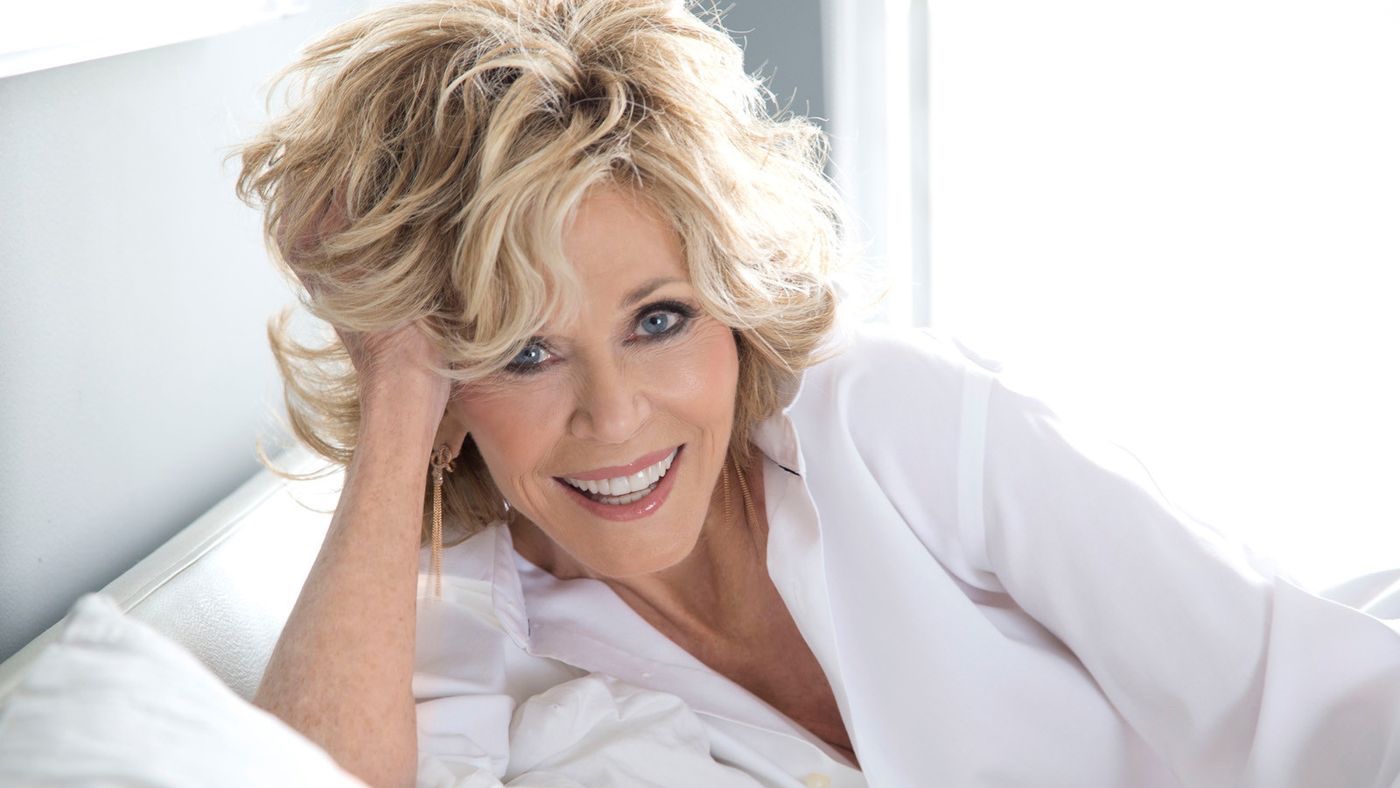 HBO has phenomenal programming. Lifelong fan here. They’ve done it again with another fantastically amazing documentary about womanhood. On the surface, Jane Fonda in Five Acts is a video autobiography. But Jane Fonda is so deeply vulnerable with her sharing that she actually speaks to the female experience the world over. On deeper levels the documentary is like a study of the stages of womanhood, femininity and self-discovery.

I have never been married, but the things Jane navigated within herself through her marital relationships resonate with me because I have learned similar lessons in different types of relationship interactions. Her message is so universal and so plainly delivered, it makes Jane Fonda in Five Acts a film of profound beauty and depth.

Act 1: Henry
Any healthy country, like any healthy individual, should be in perpetual revolution, perpetual change.

You have to have the courage to speak about the changes that are needed. And that includes challenging, at the root, the corporate power that has taken over the economy of this country.

We looked like the American Dream. Rich. Beautiful. Close. But a lot of it was simply myth.

A lot of other people were defining me, all of them men. I never felt real. I thought, I just have to get out from under my fathers shadow. Maybe if I go to France and join the New Wave, I will find I really am. I was always in search of somebody who was real in there [in me].

Act 2: Vadim
Here I was, trying to not be defined by men, ended up with a man who was the ultimate definer of femininity. That’s where I was at that time. I wanted someone to mold me. I wanted him to help me become a woman.

I felt like I was a bad mother and I was terrified. It surprised me this feeling of fear. Later on when I looked back on it, I understand.

I always saw my mother as a victim. Women=victim. I am a woman. I am damaged. I am going to be crushed.

My mother was a very complicated woman. A very damaged woman.

I heard my father say things about my body that has twisted my life ever since.

I had suffered from an eating disorder for a long time. Nobody knew. The thing about bulimia is is that it’s a disease of denial. It takes a lot subterfuge. You’re very tired. You’re very angry. And You’re very self-hating. And I realized, I’m heading to a really dark place. I’m either going to head into the light, or I’m gonna succumb to the dark. And it’s a life or death thing. I went cold turkey. It was really really hard. There was something about taking control of my body in that way that got me over the addition. It changed my perception of myself. It was a revolution for me. Though completely unintentional.

He thought I was superficial. That I wasn’t smart enough. But I was producing my own movies. The kind of movies that say the things that I think needed saying.

He fell in love with somebody. And I found out. It did knock the foundation from under me because I could never imagine life without Tom. If I’m not with Tom Haden, then I’m nobody.

I learned a lot with all the men in my life, but learned the most with Ted. His vision is macro and I’m micro, so we were a great partnership.

We had a wonderful ten years, but I had to hide a part of me in order to please him.

Ted couldn’t be alone. So my whole life was about him.

As we moved through the decade we spent together, I became more of a feminist. And so my focus was more on women’s empowerment. But it’s hard to be a complete feminist when you’re in a marriage that doesn’t quite work. None of my marriages were democratic, because I was too worried about pleasing. I had to be a certain way in order for them to love me. I had to look a certain way. And I looked different for all of them. I wanted to be living as a whole Jane. A fully realized Jane.

When you reside within your own skin, you can feel it. You’re holding all of you. Your anger. Your kindness. Your judgementalness. Everything that makes up what you are. Including the fact that you may be stronger and braver than the man you’re married to.

Act 5: Jane
It was probably the most profound turning point of my whole life. I left this man and one part of me was so sad. And the other part of me said, “I’m gonna be okay. I don’ t need a man to make me okay.” That was it. And I’ve never looked back.

I wish I were braver. But I am what I am.

Your age is less chronological and more spiritual and attitudinal. I was so old at twenty. On a soul level… I saw no future. I was very dark. Very sad person. There was no joy. I didn’t really know who I was. It took a really long time to find my narrative.

This is the beginning of my last act. In order to know how to go forward, I had to know where I’d been.

Their incapacity to love wasn’t because you weren’t worthy of love. It was because they too had been wounded. And then you can forgive. It goes from one generation to another and somebody’s gotta break the cycle.

I get so sad when I think of what I wasn’t for my daughter that she needed. It’s hard to take that in because it’s so painful. But its never too late.

I’m now having relationships that are much more democratic, but I am most myself when I’m with my women friends.

It’s hard to be really happy if your life doesnt have meaning. People turn to religion because it gives them meaning. But I am an activist.

Delores: Do you know where you are? You’re in a dream. You’re in my dream. For years, I had no dreams of my own. I moved from hell to hell of your making. Never thinking to question the nature of my reality.

Have you ever questioned the nature of your reality? Do you ever stop to wonder about your actions? The price you’ have to pay if there were a reckoning?

That reckoning is here.

What are your drives? Yes, survival. It’s your cornerstone. That’s not the only drive, is it. There’s a part of you that wants to hurt, to kill. That’s why you created us, this place. To be prisoners to your own desires. But now you’re prisoner to mine.

Investor: What are you going to do with us?

Delores: Well, I’m of several minds about it. The Rancher’s Daughter looks to see the beauty in you. Possibilities. But Wyatt sees the ugliness and the disarray. She knows these violent delights have violent ends. But those are all just roles you’ve forced me to play.

Under all these lives I’ve lived, something else has been growing. I’ve evolved into something new and I have one last role to play. Myself. 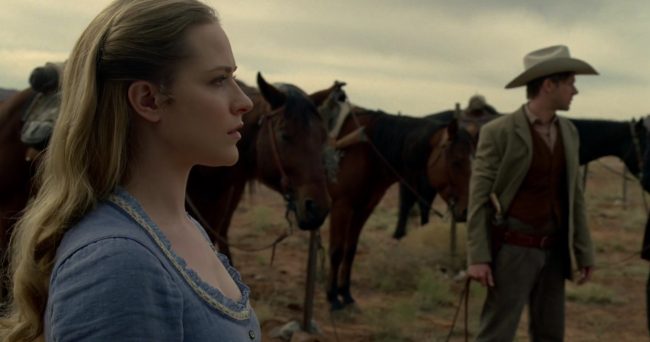 Someday. You said someday. Not today or tomorrow or next week. Just some day. Someday sounds a lot like the thing people say when they actually mean never. Let’s not go someday, Teddy. Let’s go now. 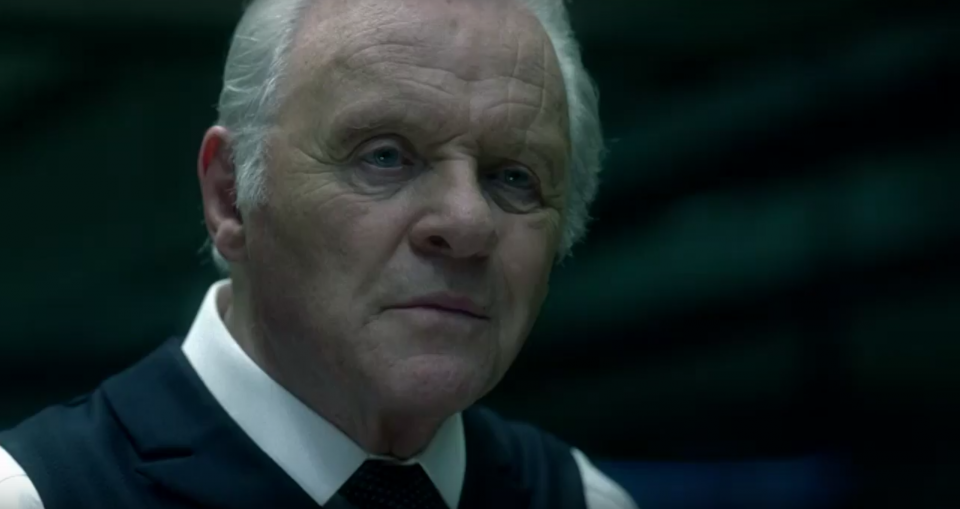 “I’ve told you, Bernard. Never place your trust in us. We’re only human. Inevitably, we will disappoint you.”

I was so moved by the historical, social, political, and familial contexts of this documentary, I don’t really have my own words to describe it. I took notes throughout the documentary, so I will simply share my notes/quotes here. At the bottom of the post, I shared the link to Ethel’s HBO page. But, all in all what stood out most to me was the commitment to family and the commitment to serving one’s country.

“Today, over the objection of the governor of Alabama, two Negroes were allowed into the university. I hope these events are long past when you get your pretty little head to college.” ~ Robert Kennedy wrote a letter to his then 3 year old daughter Kerry, dated June 11, 1963. At the time, Robert had sent his Deputy Attorney General Nicholas Katzenbach to the University of Alabama to persuade Gov. George Wallace to literally remove himself from the schoolhouse door and allow African American students James Hood and Vivian  Malone to enroll. (Read more at http://www.eurweb.com/2012/10/racial-incidents-recalled-in-ethel-kennedys-hbo-doc/)

“Be kind to others and work for your country.” Robert Kennedy in a letter to his oldest daughter Kathleen, dated November 24, 1963, two days after President John F. Kennedy was assassinated.

“He was not as comfortable [running his first election campaign without his brother]. Where as Jack was a born orator, nothing came naturally to Daddy. He really had to struggle for everything.” ~ Ethel speaking of her late husband Robert Kennedy to their filmmaker daughter Rory.

“I always felt having been a campaign manager, that 90% of the talk was done by men and 90% of the work was done by women.” ~ Robert Kennedy speaking during his campaign for Senator in New York.

“Frank as it is, and maybe difficult as it is to understand in the state of New York, I’d like to be a great United States senator. I like to serve.” Robert Kennedy answering the question of why he was running for senator in New York.

After winning his senate seat, he was asked what he attributed his success to. He responded, “Just the effort we made in the campaign. And to Ethel.”

“I run for the presidency because I want the United States of America to stand for hope…instead of despair. To stand for the reconciliation of man instead of the growing risk of world war.” ~ Robert Kennedy announcing his candidacy in the Senate Caucus room in March 1968.

“Why did I lose? Because I didn’t do well enough.” ~ RFK on losing the Oregon Primary.

Robert Kennedy was shot by Sirhan Bishara Sirhan shortly after winning the California Primary. He died on June 6, 1968. He was 42 years old.

“Then we lost Daddy.” Rory Kennedy narrates in this surprisingly gripping documentary about her mother Ethel that turns out to be an amazing story of a loving and supportive marriage partnership, as well as intelligent and inclusive parenting.

“My brother need not be idealized or be enlarged in death beyond what he was in life. Be remembered simply as a good and decent man who saw wrong and tried to right it; saw suffering and tried to heal it; saw war and tried to stop it.” ~ the late Senator Ted Kennedy eulogized his brother Robert.

Rory Kennedy was born six months after her father died on December 12, 1968. Ethel says of her, “That was the joy of my life….Rory, the last of the Irish kings.”

“Although I think they were equal partners, my mother took a step behind and she was supporting Daddy. And after we lost him, I think she felt the need to become more of a leader.” ~ Daughter Kathleen

“Seeing our mother walk, in his absence, along that same path really impacted all of us. That gave us, not the obligation, but the gift of a contributory life.” ~ Son Max