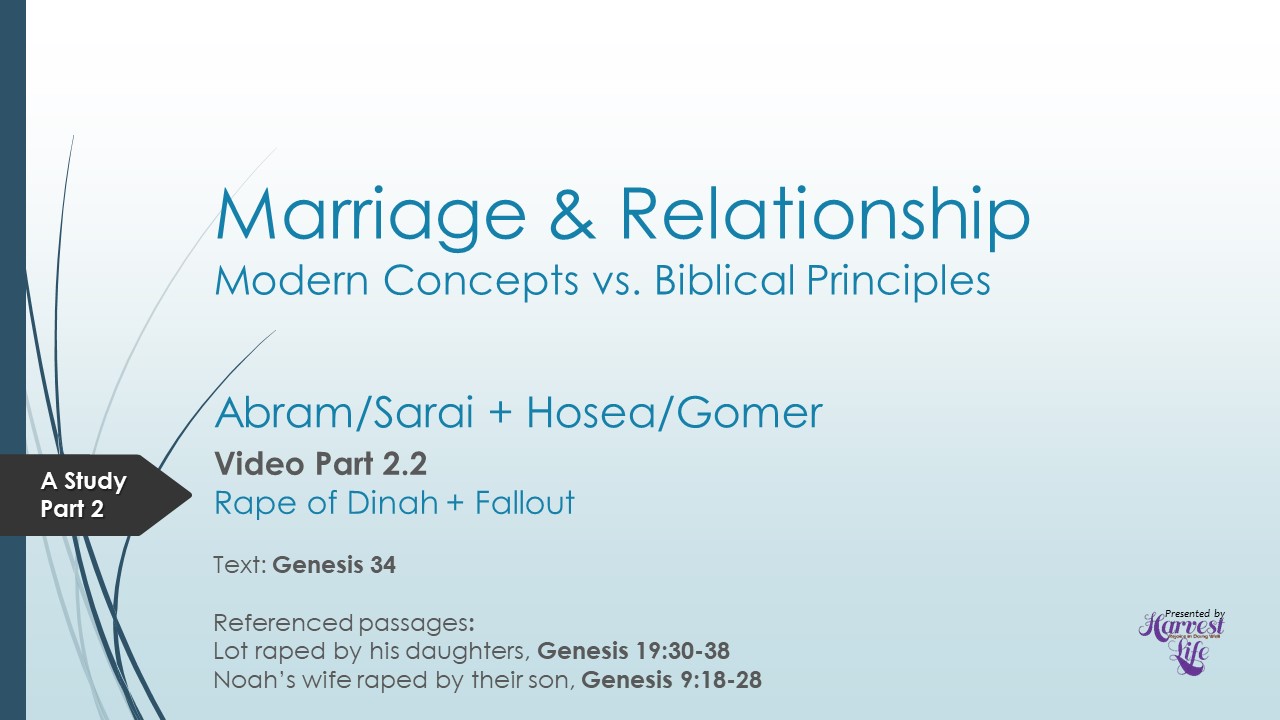 The first recorded discussion was for Part 2: Abraham/Sarah + Hosea/Gomer was about five hours (more segments to come). Somehow we got off the principle couples and dove into Dinah’s story for a good amount of time. It got a bit intense.

During my studies, my best understanding has come from placing myself within the stories. Mostly as a witness, simply because I can’t see myself making many of the choices that are made by folks. However, there are times I can place myself in someone’s sandals and explore how I would respond. Dinah’s story is one I feel personally.

I think some people may have difficulty grasping core elements of Biblical stories because they read it as the “other” or “outsider” or something so old that it has no relevance to contemporary culture or concerns. Ergo it’s unrelatable.

In our contemporary, daily lives we have to cope with violence against us in some way. The violence could be emotional, verbal, physical, sexual or spiritual. It could be perpetuated by someone we love or care about, acquaintances, strangers, or ourselves. We can also be oppressed by government, societal, or cultural structures. No one is opposition-free in this world. The Bible explores all of this.

In this discussion, it is supposed that Dinah is seeking the world when she seeks out the women of Shechem. The underlying assumption is that young women didn’t go off on their own during Dinah’s time. That they had to be constantly watched by their men folks.

One of the through lines of my study is that the Bible is a self-referencing document. The best understanding or framing you can get for anything in the Bible is by cross-referencing it with another Biblical occurrence. In Dinah’s case, she went out alone to explore a city her family had camped next to. A prince of the region saw her, seized her and raped. Then he claimed he loved her and wanted to marry her. We can find hundreds of similar stories on TV and in the news today. None of this is unheard of. What’s interesting is that there are similar stories throughout the Bible.

Naomi and her daughters-in-law, Oprah and Ruth, traveled from Moab to Bethlehem by themselves without men to get to Naomi’s next of kin. Orpah, returned to her mother’s house on her own as Naomi’s urging. (Ruth 1)

Women in the Bible weren’t as fragile and dependent as we like to think. They were what they needed to be, just like women today.

Noah’s wife was raped by their son as she slept next to her husband. You have to do additional cross-referencing to get clear picture of “saw his father’s nakedness,” but it’s there in the Bible. (Genesis 9, Leviticus 18) Lot offered his daughters to a mob to calm them down. The daughters later raped him while he slept because they thought he was the last man on earth and they had a duty to repopulate. (Genesis 19)

The rape of Dinah and the culture surrounding her

Two other reference rapes: Noah’s wife by Ham, Lot’s rape by
his daughters

Shechem, rapist claims to love her and asks for her to be
his wife

Other examples of women traveling alone in the Bible: Mary,
Naomi and her daughters in law

Favoritism and the harm it caused