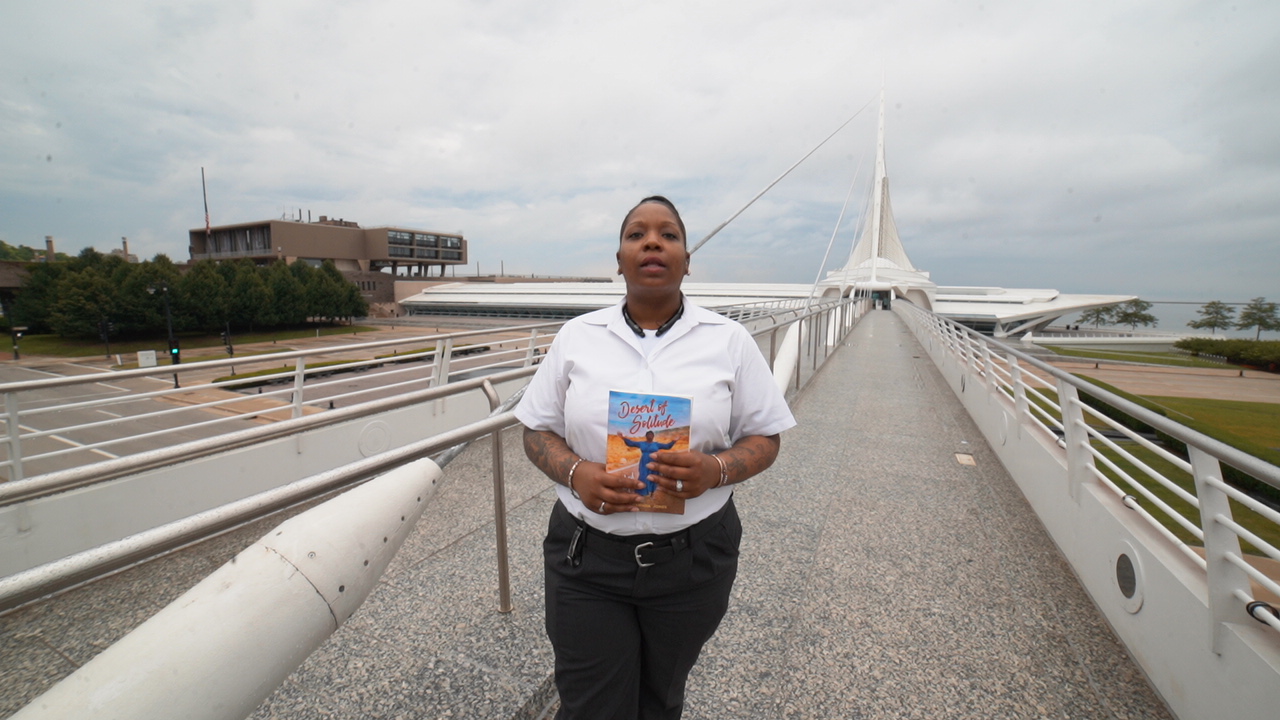 Kayla Pompey of Milwaukee, WI reviews Desert of Solitude: Refreshed by Grace written by LaShawnda Jones. Kayla openly shares how the book has helped her in her life.

“In this book, LaShawnda explains how she felt she was not enough. I think a lot of people feel like that and they don’t even realize how much they really are. They are enough. I realized I am enough. This [book] just came out a few months ago. Within that time I have been able to completely change my life around. A lot of choices I make now don’t revolve around what other people will think. I’m not trying to be so much of a people pleaser anymore. I am learning to please myself and be happy with the choices I make. In that, other people are feeding off my confidence.” 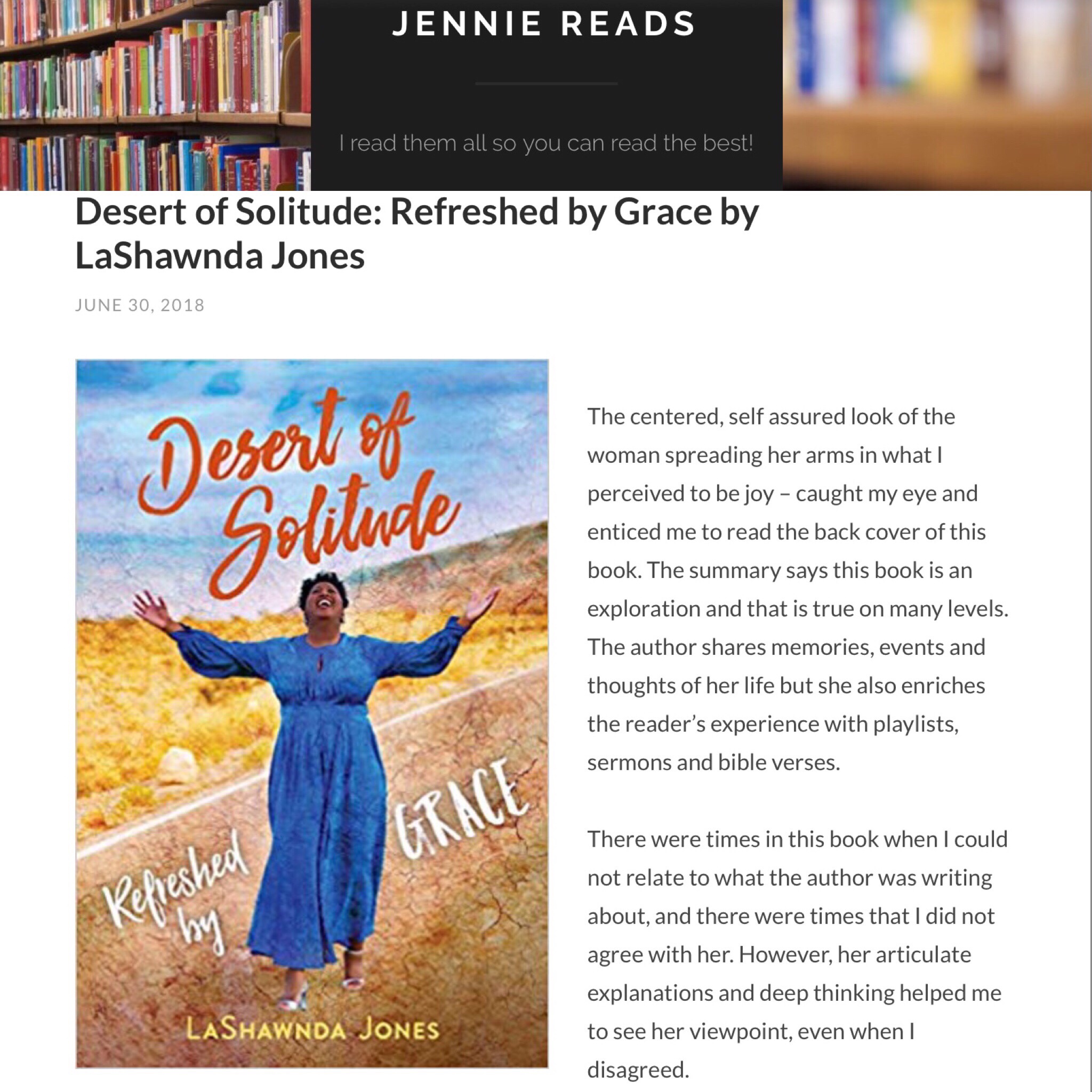 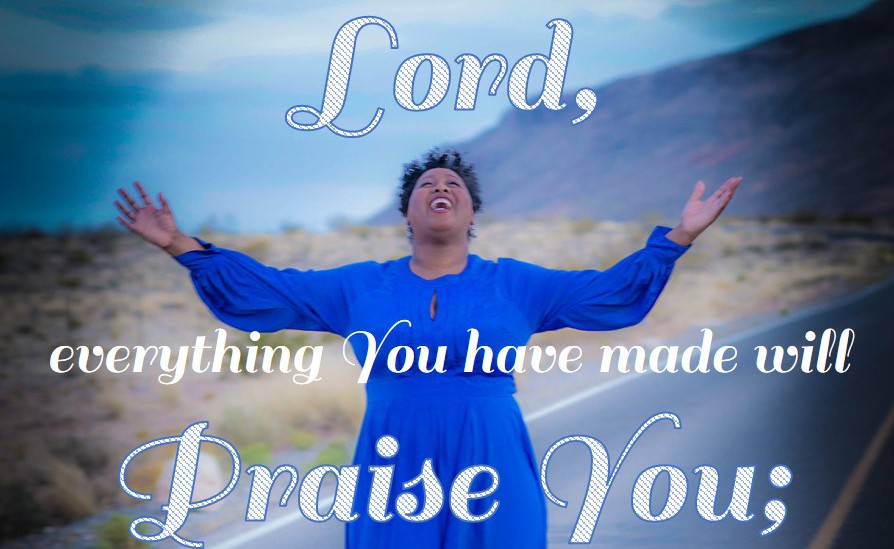 Joshua sent men from Jericho to Ai, which is near Beth-aven, east of Bethel, and said to them, “Go up and spy out the land.” And the men went up and spied out Ai. And they returned to Joshua and said to him, “Do not have all the people go up, but let about two or three thousand men go up and attack Ai. Do not make the whole people toil up there, for they are few.” So about three thousand men went up there from the people. And they fled before the men of Ai,  and the men of Ai killed about thirty-six of their men and chased them before the gate as far as Shebarim and struck them at the descent. And the hearts of the people melted and became as water.

Then Joshua tore his clothes and fell to the earth on his face before the ark of the Lord until the evening, he and the elders of Israel. And they put dust on their heads. And Joshua said, “Alas, O Lord God, why have you brought this people over the Jordan at all, to give us into the hands of the Amorites, to destroy us? Would that we had been content to dwell beyond the Jordan! O Lord, what can I say, when Israel has turned their backs before their enemies! For the Canaanites and all the inhabitants of the land will hear of it and will surround us and cut off our name from the earth. And what will you do for your great name?”

The Sin of Achan

The Lord said to Joshua, “Get up! Why have you fallen on your face? Israel has sinned; they have transgressed my covenant that I commanded them; they have taken some of the devoted things; they have stolen and lied and put them among their own belongings. Therefore the people of Israel cannot stand before their enemies. They turn their backs before their enemies, because they have become devoted for destruction.[a] I will be with you no more, unless you destroy the devoted things from among you. Get up! Consecrate the people and say, ‘Consecrate yourselves for tomorrow; for thus says the Lord, God of Israel, “There are devoted things in your midst, O Israel. You cannot stand before your enemies until you take away the devoted things from among you.” In the morning therefore you shall be brought near by your tribes. And the tribe that the Lord takes by lot shall come near by clans. And the clan that the Lord takes shall come near by households. And the household that the Lord takes shall come near man by man. And he who is taken with the devoted things shall be burned with fire, he and all that he has, because he has transgressed the covenant of theLord, and because he has done an outrageous thing in Israel.’”

So Joshua sent messengers, and they ran to the tent; and behold, it was hidden in his tent with the silver underneath. And they took them out of the tent and brought them to Joshua and to all the people of Israel. And they laid them down before the Lord. And Joshua and all Israel with him took Achan the son of Zerah, and the silver and the cloak and the bar of gold, and his sons and daughters and his oxen and donkeys and sheep and his tent and all that he had. And they brought them up to the Valley of Achor. And Joshua said, “Why did you bring trouble on us? The Lord brings trouble on you today.” And all Israel stoned him with stones. They burned them with fire and stoned them with stones.And they raised over him a great heap of stones that remains to this day. Then the Lord turned from his burning anger. Therefore, to this day the name of that place is called the Valley of Achor.[d]

What is your idea of intimacy and fidelity?

Before reading Close Enough to Hear God Breathe, my thoughts about intimacy and fidelity revolved around an indefinable amount of trust. Greg Paul doesn’t discount the importance of trust, however he shows its process by painting a portrait of physical closeness – a proximity – that ties two individuals together emotionally and spiritually. Such ties forge a trust that deepens intimacy and ensures fidelity. This closeness sounds like a soft puff of air, an almost inaudible exhale or a quiet relaxed heartbeat deep in the chest cavity your head is resting on.

The story of his agelong fidelity to the people of Israel tells me that the Father has not abandoned me, his child, either. He never will. My sin is the proving ground of his grace.

The Fall, and my own willful disobedience, has broken the image of my Father in me, like a mirror shattered into a thousand shards. Yet each jagged piece still in some small way reflects an aspect of his being, and he will not dispose of it. The Fall is not the utter ruin of my relationship with him, but the proof of its ultimate inviolability. He is not sweeping those shards into a dust pan to be thrown into the trash, cursing the inconvenience. He is gathering them, every sparkling sliver. Assembling them into a new mosaic of his identity uniquely reflected in mine.   ~ from Close Enough to Hear God Breathe

Greg Paul is a great storyteller, he weaves his story into God’s eternal Great Story so intricately that the reader can’t help but to insert thoughts of their own story while reading. In reading Close Enough to Hear God Breathe, I gained a new level of appreciation for imagination, interpersonal communication and the art of writing a good story.

Throughout Close Enough to Hear God Breathe, Paul re-imagines snippets of the Bible-story. He re-imagines so well in fact that it comes across as a first-hand account from an eye-witness. It’s an intuitively inclusive way to experience scripture. From the beginning of the book to the last word, Paul’s insightful words beckons the reader, drawing them into a tender, warm, loving, and fatherly embrace where he shares an intimate portrait of his home life, his ministry and his relationship with his Maker. He outlines and exposes the correlation between his relationships (family, friends and community members) and God’s relationship with humanity. He does an excellent job of keeping his “little” story, as he calls his life, in perspective with the great divine story that is God and man striving together.

I thoroughly enjoyed reading this book and would highly recommend it to anyone seeking deeper relationship with their Creator.

Your hands are full of blood! Wash and make yourselves clean. Take your evil deeds out of my sight; stop doing wrong. Learn to do right; seek justice. Defend the oppressed. Take up the cause of the fatherless; plead the case of the widow.

“Come now, let us settle the matter,” says the LORD. “Though your sins are like scarlet, they shall be as white as snow; though they are red as crimson, they shall be like wool. If you are willing and obedient, you will eat the good things of the land; but if you resist and rebel, you will be devoured by the sword.” For the mouth of the LORD has spoken.  ~ Isaiah 1:15-20