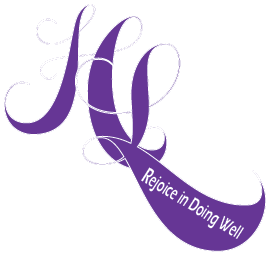 In the summer of 2018, I began working on a portrait and prose book project about womanhood. That summer I returned to my hometowns Gary and Milwaukee and asked friends, family and old connections to pose and share some words about their womanhood experiences.

When I began sketching out the project my mom was not top of mind. As the project morphed into various incarnations, the hope was to pull others in along the way. But the more women I talked to and the closer I got to women who had been close to her, the more Mom began to dominate my thoughts.

I can’t ask my mother what her womanhood meant to her. She died just as I was coming of age. Oddly enough, I hadn’t considered my own womanhood in the context of the project until I visited my mom’s gravesite in Milwaukee. It was there that I realized I hadn’t really known her as a multi-dimensional person. My perspective was only as a daughter looking up. As a result I began questioning and exploring the layers of my own personhood. Perhaps my Mom became my proxy. I chose to focus my questions on how she was before becoming a mother.

During the visit, I asked relatives: What do you remember about my mom?

I wasn’t prepared for the responses. Such a simple question seeking to learn about personality and character, unleashed stories of actual and imagined trauma and violation. Things she would have shared with me during her lifetime if they were true. It’s interesting how I was able to reject the lies for what they were after holding their words up to the relationship I had with my mom. She was an honest and straight-forward woman. She didn’t wallow in past trauma, hide from it or keep it from me. Her story was her story and she told me what she wanted me know. More importantly, she answered my questions truthfully.

The more I analyzed my urge to ask others about who Terry Ann was before she became my mother, the more I realized I have only to look within. Everything I thought I didn’t know about my mother is actually in me because she remains a part of me. She’s the seed and fertile ground I sprung from and her life is forever my inspiration.

My sister had the only words worth sharing. She said, “I remember everything, but I can’t put words to my memories.”

Perhaps that was my true dilemma as well. I know what I know, but somehow I can’t speak it all.

The journey is hard and long.

A Fucked-Up Life and God

LaShawnda Jones's writing and photography focuses on women, spiritual growth, social justice and the beauty of every day life.

I AM WOMAN: Expressions of Black Womanhood in America : Pre-order now! Dismiss