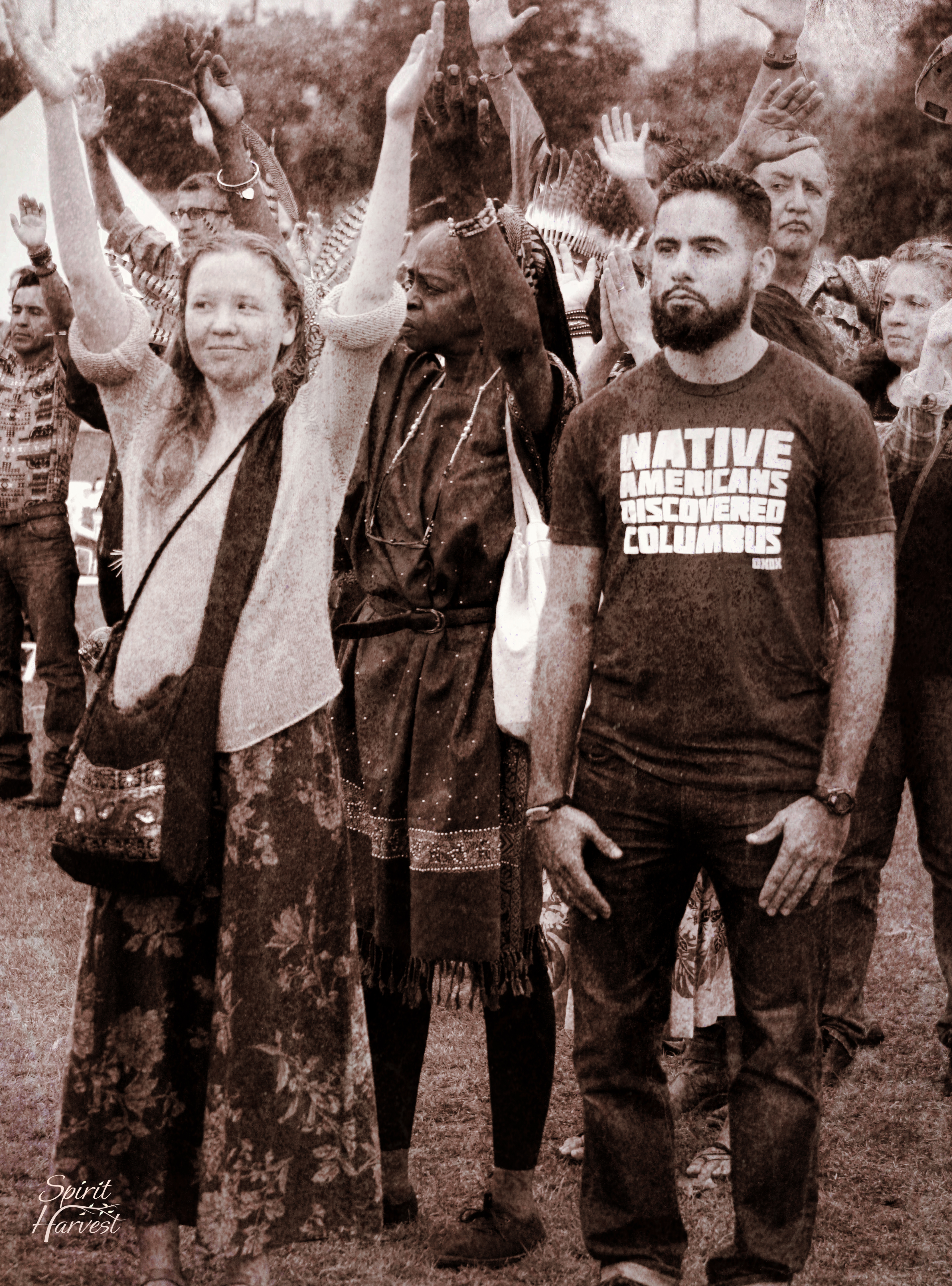 The Indigenous Peoples Celebration of New York City is an annual FREE two-day gathering on Randall’s Island, NYC. It usually overlaps with the U.S. national holiday celebrating the barbaric mass murderer Christopher Columbus and lesser known Norse explorer Lief Erickson. The celebration features many indigenous performers and speakers from around the world.

Personally, I think the United States should dedicate a year, at the minimum, to acknowledging the atrocities committed against Indigenous Peoples on the mainland United States as well as in outlying states and territories. During that year, we should also celebrate Indigenous Peoples histories and cultures, learn some of the thousand upon thousands of stories that they have held on to, and make overtures of healing and friendship to all our First Peoples populations. After that initial year of acknowledgment, recognition and celebration, we should repeat it annually for a whole month as Indigenous Peoples Month. Still too little, but much better than what’s on the table now.

Below are some image from the 2017 Indigenous Peoples Celebration of New York City. All images by LaShawnda Jones for SH Images.

The blue-black took my breath away.

My eyes eventually saw this beam of light through the lens.

Taking in my surroundings in Red Rock

The view from my hotel room. **sigh**

Amazed anew by how the vastness of the sky makes mountains look like molehills.

My hotel room has a view of the incoming and outgoing planes. This one looked especially large but still just a speck in the great big sky.

All images by LaShawnda Jones for SH Images.