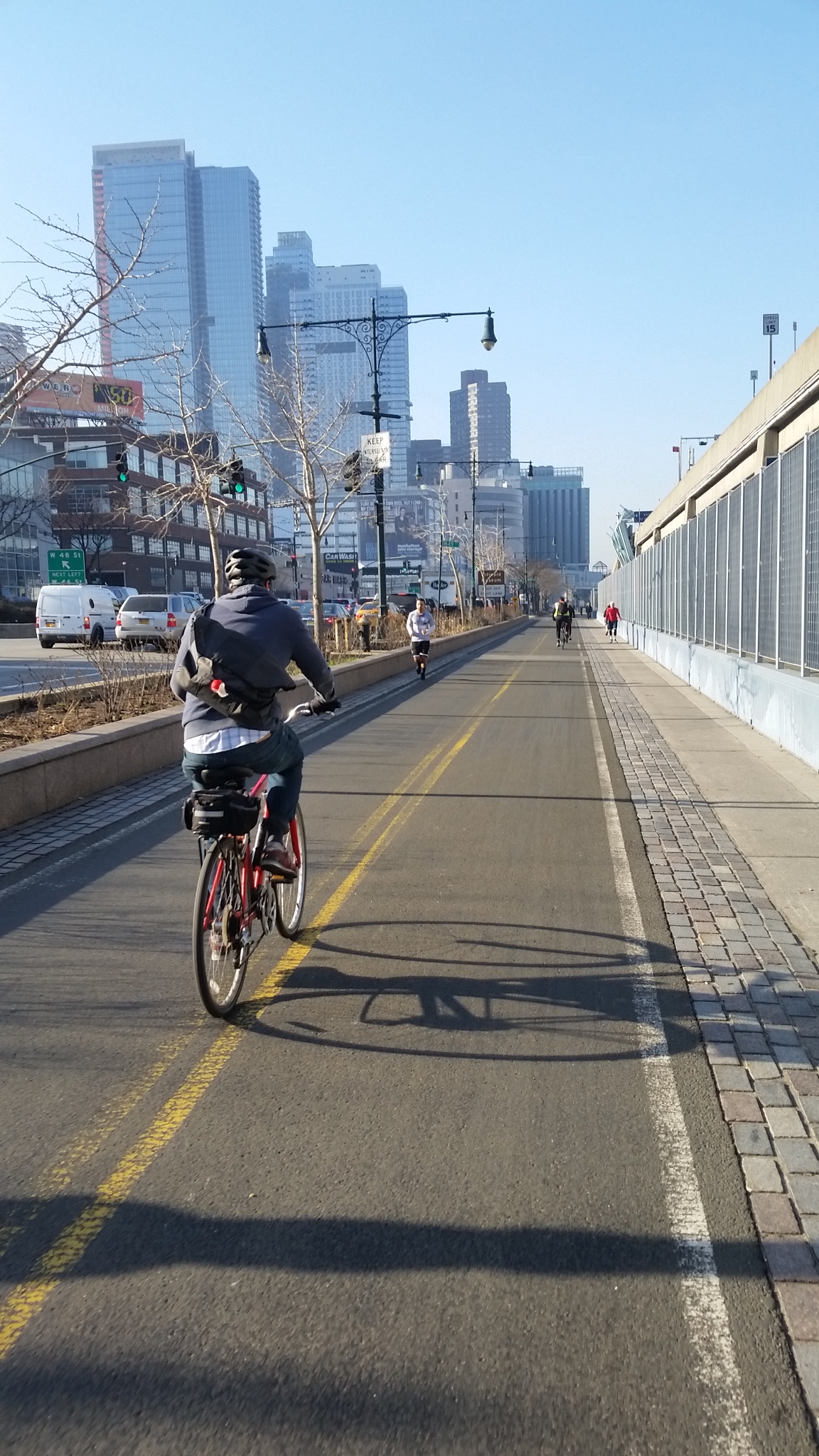 In 2011, I decided to start cycling. I connected with someone who was an avid cyclist and very knowledge about the cycling community in New York City. She introduced me to her bike shop and I got fitted for my first serious bike. I went with a hybrid. In May 2012, I rode in my first event, the Five Boro Bike Tour in NYC. I was off to a strong start… and very enjoyable. I don’t think I thought seriously about racing, but it turned out that I thoroughly enjoyed the touring events through the City and countryside. During the last ride of the 2012 season, I got hit by a SUV during my 11th mile. I’ve tried getting back on my bike a few times since, but it’s been hard. I was more traumatized by being hit than I was willing to admit to myself.

I had many false starts trying to return to cycling. There were several occasions when I got dressed and prepped my bike for a ride and just sat on my sofa and stared at it. There were other times when I paid for cycling events and didn’t even show up. A year or two ago, I got as far as 26 miles into a 40 mile ride before giving up – mostly from lack of preparation and practice beforehand; it was the first long ride I had attempted since being hit a couple of years prior.

Last year, I decided 2016 would be a year of cycling for me. I determined that I would set aside the fear and anxiety of sharing the road with motorists and put myself back into the flow of traffic. I did a commute to/from work and a group ride during the fall. The commute was devastating and traumatic because of traffic, construction detours and the absence of a dedicated bike lane on the route and detours I took. The group ride was amazing, invigorating and freeing! It took place on a crisp, clear day in early December with the NYC chapter of Black Girls Do Bike, an organization of women cyclists who ride at the pace of their slowest rider (i.e. no one is left behind). We rode from Midtown Manhattan to Brooklyn for a book event. From that ride I signed up for my first event for the 2016 season: the American Diabetes Association Tour de Cure Atlanta. This is my first fund-raising biking event. **I would be very grateful for your contribution towards my $200 fundraising goal.**

My goal is to get in 2-3 commutes per week plus a weekend ride. To this end, I got out for my first conditioning ride/commute last week. It was a beautiful day that called for the wind blowing through my hair.

Temp the day after the ride was pretty much the same

The Hudson River Greenway is along side the Westside Highway but completely separated from the flow of traffic.