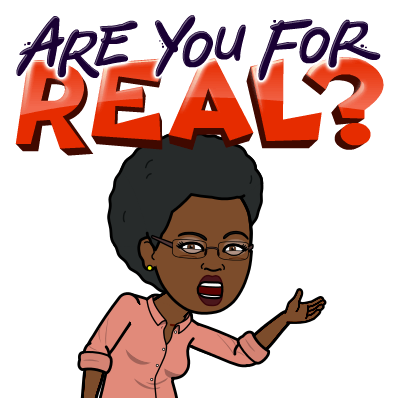 A long-term friend is coming for her first visit to New York City next week. I really didn’t think the visit would happen (it still may not) because she’s never made the effort to do anything really in our friendship. Even when I lived in the same city, she visited my home maybe one time. When I visited her from NYC over the last thirteen years, she has never wanted to leave her home. I’ve a l ways had to see her in her space.

We began as work friends. We met nearly twenty years ago in Milwaukee, WI when I was an intern at a company she was temping at. There were two other women on the floor we bonded with during our time at that company. Of the four, she and I have remained in contact.

When I think back on the tenure of this relationship, I see how I was willing to be a friend, comforter and aid for many years. I openly shared my own growing pains, failures, successes and hopes. I overshared, actually. For the past twelve years, she has only shared her bitterness, anger and resentment – fruit from a broken relationship. About ten years ago, I told her I couldn’t take any of it anymore. I was her dumping ground for everything negative in her life. Most interactions with her have drained me of energy. So we spoke less and less. Her anger towards her ex is always simmering at an explosive level below the surface. Nearly every conversation has circled back, involved or alluded to him for the last twelve years. To be fair, however, she can be the best hype person. Geeking me up when I shared good news or was uncertain of a decision I had to make usually gave her unchallenged space to introduce her unchanging gripes about her ex’s activities.

All this to say, all I know about my friend of nearly twenty years is her anger, bitterness, resentment and lack of gratitude.

I’ve been chasing her all week for a list of things she would love/like/hope to see/do on her first visit to New York City which is to celebrate her 50th birthday.

It took her three days to text a generic list that reads like the top ten free things to do in a NYC google search. I worked on researching and mapping out an agenda for her visit based on this list for a whole afternoon before I realized that if I allow her to not show up for herself, we would both be wasting our time and I’ll be wasting my money since I’m hosting.

So I texted her and told her I needed her true preferences, not a generic top ten. To which she responded, “I trust you. Anything would be great.” Her short, dishonest text, triggered this post.

She can’t trust me to know what she likes because she has never shared any of her likes, loves or joys with me. At least not in recent memory. She has hidden herself away in anger and hatefulness for so long, no one can see anything else. It’s very sad to realize I’m unsure of how to celebrate someone I’ve “known” for so long for a milestone birthday. Should I spurge on Broadway tickets? If so, to what type of show? Does she really want to visit a church during her Thursday-Saturday trip or was that on the list for my benefit? New York City literally has something for everyone at all income levels, including free. All I’m asking for is a general direction to go in. She can’t give me that. She refuses to give herself that.

Thus says the Lord: Cursed are those who trust in mere mortals and make mere flesh their strength, whose hearts turn away from the Lord . They shall be like a shrub in the desert, and shall not see when relief comes. They shall live in the parched places of the wilderness, in an uninhabited salt land.

Blessed are those who trust in the Lord, whose trust is the Lord . They shall be like a tree planted by water, sending out its roots by the stream. It shall not fear when heat comes, and its leaves shall stay green; in the year of drought it is not anxious, and it does not cease to bear fruit.

The heart is devious above all else; it is perverse— who can understand it? I the Lord test the mind and search the heart, to give to all according to their ways, according to the fruit of their doings. ~ Jeremiah 17:5-10

Imagine. I want to celebrate her. I want to show her a good time. I want to bless her. Yet she refuses to do her part which is simply to open enough to receive.

She says she believes in God and she tries to live a solid Christian life, but her hardheartedness gives to lie to her belief. You can’t hold on to God and trust Him with your life when you’re wholeheartedly holding on to anger, bitterness, and resentment.

I’ve been telling her for years that the Word of God is hard for her to digest because she doesn’t listen. Everything has to be her way. She has to be in control. And she absolutely hates the fact that she has no control over the household of her ex, the father of her children. I hang on because her children are my Godchildren. They have long brought me joy and I can’t comprehend how she isn’t overflowing with joy, gratitude and a gracious, forgiving heart for the gifts she received in the form of her two children.

The bigger picture here is that God wants to bless her. Indeed, He already has. Not just with her children but in so many countless ways over the years. I’ve seen it. People show up in her life in so many capacities, I have to tamp down a bit on jealousy every once in a while. She says she’s grateful for the blessings, when she’s willing to acknowledge them. But she doesn’t act like she’s grateful. Her behavior doesn’t change. Her countenance doesn’t lift. Her anger doesn’t dissipate. Her attacks on her ex continue.

Those who believe in Him are not condemned; but those who do not believe are condemned already, because they have not believed in the name of the only Son of God. And this is the judgment, that the light has come into the world, and people loved darkness rather than light because their deeds were evil. For all who do evil hate the light and do not come to the light, so that their deeds may not be exposed. But those who do what is true come to the light, so that it may be clearly seen that their deeds have been done in God.” ~ John 3:18-21

1 thought on “People who hide themselves are impossible to know.”