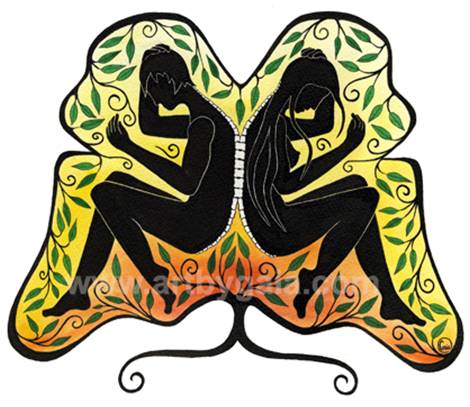 Last year, I returned to graduate school in an effort to make good on a year of study I had done nearly a decade ago. I have since become convinced that educational institutions are better suited for the youth of the world than for adults who have grown comfortable using their minds to form their own opinions. By and large, at a certain point, higher education becomes another process for dumbing down, in that students are taught to “think” in a certain way that makes them appropiately “academic”. Insert here the bell curve. Explanation: As long as you are attaining knowledge, it’s good. However, there is a peak to everything. After the peak, the more you acquire does you less and less good. So it is with education.

This morning, I woke up and thought: “I’m really paying for this sh-t.”

A couple of weeks ago, during a discussion about Edward Snowden, one of my classmates, who is a former government employee, said that she believes the government has a legitimate right to withhold pertinent information from the public (American Citizens). And if Citizens have a problem not knowing what’s really going on, too bad; the government is too big for people to fight against it, therefore it can do whatever it wants.

I was stunned. I admit to sounding extremely combative when I commented, “The government isn’t too big to fight against. Change happens in small stages. Sometimes it’s a matter of taking small steps, but even the big bad government can get turned around. Remember the institution called slavery? It was, until it wasn’t.”

To suggest that people should take, without question, whatever it is that their government wants to give them is abhorrent to me, as it should be to anyone who participates in the democracy they live in.

Yesterday, in the same class, we watched the Kony 2012 video and discussed it. The professor was a critic of the video, insisting it wasn’t factual or correct, but didn’t provide any facts or corrections. I don’t agree with some elements of the video, but my understanding of it is a man was attempting to bring awareness to the issue of children being abducted and turned into killers by Joseph Kony in Uganda. He wanted the world to know about the atrocities being committed. Honestly, all I care about in the video are the children being abducted and forced into sex slavery and forced to become killers, in most cases beginning with them killing their own parents. The video was 27 minutes long and went viral within four days of being uploaded to YouTube. To date it has over 99 million views. It became a social media movement.

The angle of the discussion in class was: What did the video really accomplish? Was it successful? How could it have been better?

I think the video accomplished the goals of its creator. In it, Jason Russell, narrator and co-founder of Invisible Children, Inc. painted the picture of how “the decisions made by a few with money and power dictated the priorities of their government and the stories of the media. They determined the lives and opportunities of their citizens. And now there is something bigger than that….”

“….The people of the world see each other. And can protect each other. It’s turning the system upside down.”

By the end of the video, we learn that the Kony 2012 campaign, rallied hundreds of thousands of students across the country into spreading the word about the horrors Joseph Kony has been perpetuating for nearly three decades. Their zeal and passion brought in main stream media coverage and celebrity support which in turn made Washington policy makers listen and respond publicly. The people drove media and policy. That was his goal.

Russell also stated that he wanted to catch and imprison Joseph Kony by the end of 2012. That didn’t happen. However, I can‘t imagine that anyone truly thought that a social media campaign would bring a warlord to heel when armies have failed to do so for over two decades. A huge positive here, is the international community of publics becoming aware and concerned by noise made by Invisible Children, Inc. through a trending topic on social media and a viral video viewed 99 million times.

This is essentially what we discussed in class last night. There were many scoffs in the class at the legitimacy of the claims of the video. I can go with that, but please explain what you would consider to be legitimate. Then a couple of folks commented on how people unfamiliar with NGO’s and Uganda can completely misread the situation and make things worst in the country for the people there. This I don’t get. When does the media ever give the whole story? Or a story with multiple sides? The piece of undisputed information in this story is that children were being kidnapped and forced to mutilate and kill others. Unless you’re saying that children ARE NOT being kidnapped and forced into sex slavery and forced into becoming marauding murderers, what are we misreading about the situation and how can it get much worse?

So the condemnation became: The video dumbs down the message so people, who aren’t thinkers, can understand it. Folks thought it was condescending and manipulative that the Jason Russell attempted to appeal to people’s emotions in order to get them involved. Honestly, I get that. And the major element I disagreed with was that Jason Russell felt that putting his dimpled, blond son in a video pleading for Americans to help thousands of African children, and saying repeatedly that children LIKE HIS OWN (privileged white American) son were being kidnapped from their beds and forced to kill their parents, would make the message stronger for Americans and illicit a stronger response. I have a problem with that. But maybe he was right to go that route. Right in the sense that the comparison was obviously a motivator for Jason Russell to do what he did. However, we will never know if just showing Jacob, a very dark skinned black Ugandan boy who shared his story with Jason Russell and friends and who became the inspiration and catalyst for Invisible Children, Inc., would have been enough. If people would have been impassioned enough to demand change after viewing a black boy cry about witnessing his brother’s murder and preferring to die himself because the world was too heavy and hopeless for him.

That’s one of the elements that troubled me most about the video, however that’s not an element that was discussed and I admit to having difficulties with phrasing my thoughts in a diplomatic way since I was certainly in the minority in the classroom. So I didn’t say this. I now know that my comments would not have been well-received anyway. This conclusion is drawn from the way the discussion went.

The female next to me said that she thought the video would have been better, had they not dumbed it down and tried to appeal to people’s heartstrings. Her solution? They should have made it “sexier”. Her word. “This would be a great video if they find a way to make it sexy. Add some sexy images and sexy music.” She was serious.

The professor got really excited and said he completely agreed.

I turned to the female and asked, “Is ‘sexy’ really better than ‘dumbing down’? Aren’t they the same?” I’m sure my disgust wasn’t hidden. And apparently she was disgusted by my question, because she dismissively replied, “Whatever.”

Yes, this is the education I am actually paying for. One where a class discussion concludes with the suggestion that sexy images and sexy music would make child sex slavery and child murderers more palatable for American media consumption (according to opinions in this class).

Back to that bell curve, the more I’ve learned in the classrooms this past year, the more concerned I’ve grown for humanity. Academia is about trained thought processes. It disdains emotion and spirituality. How can a thought change the world without first changing a heart or spirit? Even though some of the quality of this institutional education is on the downward slope, the impact of it can be mind-numbing.

What are your preferences for receiving news? Does “just the facts” work for you? Do simple headlines dissuade you from paying attention? Does it help to appeal to your emotions or is it better to appeal to your sexual nature? Or is an honest effort to tell the truth enough?