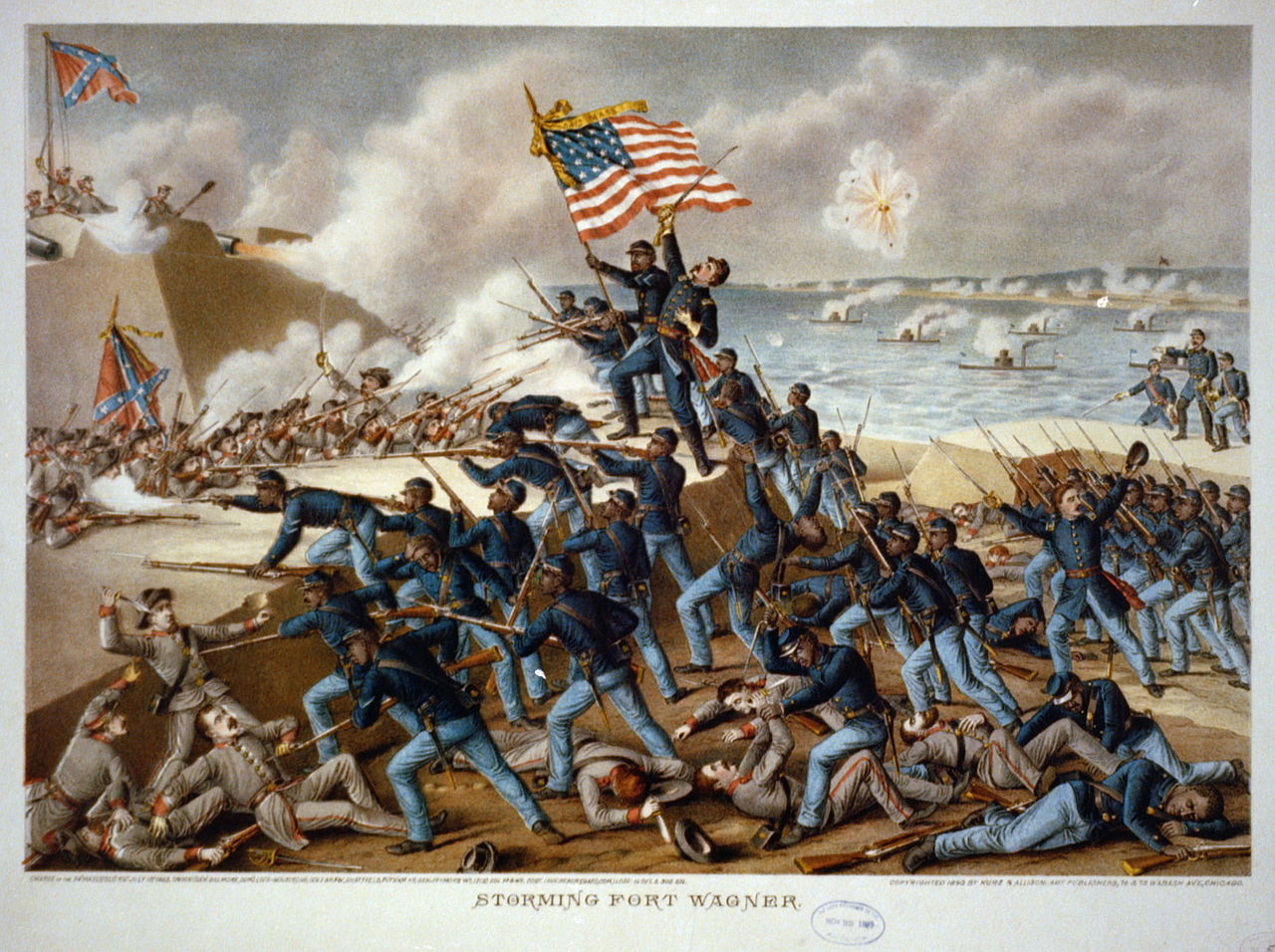 Reposted from www.History.com and www.Masshist.org.

Early in February 1863, the abolitionist Governor John A. Andrew of Massachusetts issued the Civil War’s first official call for black soldiers. More than 1,000 men responded. They formed the 54th Massachusetts Infantry Regiment, the first black regiment to be raised in the North. Many of the 54th soldiers did not even come from Massachusetts: one-quarter came from slave states, and some came from as far away as Canada and the Caribbean. To lead the 54th Massachusetts, Governor Andrew chose a young white officer named Robert Gould Shaw.

On July 18, 1863, the 54th Massachusetts stormed Fort Wagner, which guarded the Port of Charleston, in South Carolina. It was the first time in the Civil War that black troops led an infantry attack. Unfortunately, the 600 men of the 54th were outgunned and outnumbered: 1,700 Confederate soldiers waited inside the fort, ready for battle. Almost half of the charging Union soldiers, including Colonel Shaw, were killed.

Black soldiers and their officers were also in grave danger if they were captured in battle. Confederate President Jefferson Davis called the Emancipation Proclamation “the most execrable measure in the history of guilty man” and promised that black prisoners of war would be enslaved or executed on the spot. (Their white commanders would likewise be punished—even executed—for what the Confederates called “inciting servile insurrection.”) Threats of Union reprisal against Confederate prisoners forced Southern officials to treat black soldiers who had been free before the war somewhat better than they treated black soldiers who were former slaves—but in neither case was the treatment particularly good. Union officials tried to keep their troops out of harm’s way as much as possible by keeping most black soldiers away from the front lines.

THE FIGHT FOR EQUAL PAY

By the time the war ended in 1865, about 180,000 black men had served as soldiers in the U.S. Army. This was about 10 percent of the total Union fighting force. Most—about 90,000—were former (or “contraband”) slaves from the Confederate states. About half of the rest were from the loyal border states, and the rest were free blacks from the North. Forty thousand black soldiers died in the war: 10,000 in battle and 30,000 from illness or infection.