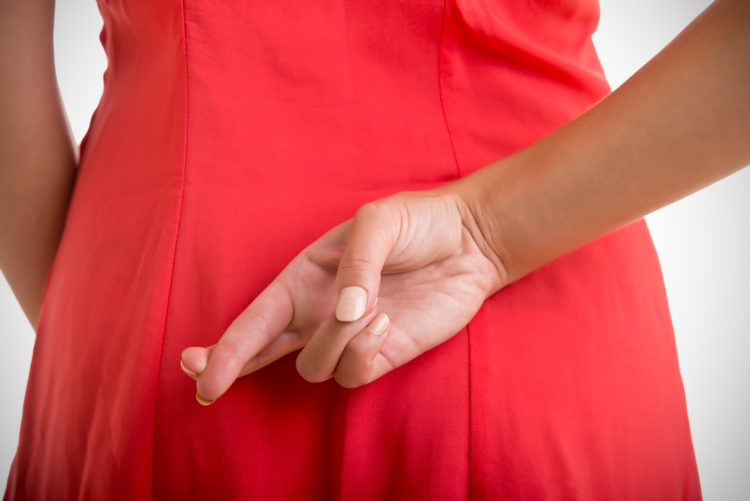 Have you ever had someone crash land into your life with all the force that nature can provide and immediately know that your life as you know and appreciate it is about to change?

Last summer some misguided and unrepentant stork dropped a 22-year-old prima donna aspiring hardcore rap superstar into my quiet solitary life. She’s the daughter of a cousin from a branch of the family that has done me no type of good and therefore we’ve had nothing to do with each other most of my life. Be that as it may, apparently my living in New York City is now a benefit to them so the homing device on the stork was set to me and I became the most unsuspecting and unprepared recipient of a post-teen, fully attitudinal, unemployed, broke dreamer with extremely anti-reality-based expectations. Additionally, she acts like she knows everything, doesn’t have to learn anything, shares nothing, can take whatever and answer to no one. She expects to live off of others’ yet has no understanding of respect, grace or hospitality. She was also traveling with a male friend who shared all her qualities.

I started referring to her as Lil Cuz initially. That soon became Lil Girl which was usually accompanied by Father, have mercy! I now simply refer to her as Youngin’. It’s a verbal cue for me to patiently respond to the child and not the adult she thinks she is.

The way Youngin’ got to me was through a frantic text from her mother who is my older cousin by eight months. Big Cuz and I were truly close as children. We were each other’s confidants and protectors until our thirteenth year when I moved across the country.

During a rather humdrum morning at work last summer, I received a text from Big Cuz stating, “My daughter’s in New York and I’m worried about her. I gave her your number so I won’t go crazy.” Fifteen minutes later Lil Cuz called me (for the first time ever). She had been in NYC for two weeks and had run out of money. Or so her story went. She came so she could attend an eight week acting class. One of her best friends was traveling with her to help her, but he wasn’t working and didn’t have any money either – so he hadn’t proven to be much help. He wasn’t her boyfriend but they started the grand NYC adventure as good friends. By the time they showed up at my job that afternoon, they could barely look at each other. They both shared that they had been fighting and bickering from the stress of the City for the last week. I allowed them both to come home with me to decompress and think about their next steps.

They ended up asking if they could stay for two weeks. The goal was to look for work and then they would set off for an affordable hostel for the remainder of their time in NYC. I agreed to two weeks rent free but they had to get out of the house each day to look for work (day jobs at least) or otherwise find something to do in the City. I made it clear that they were not allowed or welcome to lay up in my house, while I was at work supporting myself.

Towards the end of two weeks (with one day to go), Lil Cuz’s friend lost it and snapped, “I don’t need to put up with this” and stormed out of my home. I had come home early (@3pm) and found him dancing around my apartment with loud music blaring. He hadn’t left the house all day but lied to my face swearing that he had.

Liz Cuz on the other hand asked if she could impose (my word, she has no understanding of what an imposition is) on me for two more weeks. She effectively stayed for a month without contributing to her expenses but offering slick remarks and major attitude – as well as disrupting my sleep, peace, equilibrium and summer. Her end came when she told me in effect that she was grown, living her life and could handle her money (after getting her first pay check). This was in response to me asking follow up questions about her new job and plans. Whatever I responded, she came back with, I’ll get out of your house tonight. I replied with a simple ok.

I think they both expected me to chase them down and beg them to stay. They were both disappointed. The first night they arrived in my home, I told them both I would hold them to their words. I stayed true to mine…. Except for when I told Lil Cuz we were done after her outburst. She moved out but she did not lose my number. She’s been working me like some sort of guerilla warfare strategist.

Lil Cuz left NYC at the end of the summer. She returned to celebrate New Year’s Eve in Brooklyn. I asked no questions then either. She texted me to let me know how fly she was to be flying in for the New Year and to ask if I could go to Brooklyn on a Friday afternoon to check her into her bed and breakfast room because she was landing after the office closes. All via text. I don’t know how long I looked at my phone with my head tilted to the side. Finally, I responded that the only place I was going to be on a Friday afternoon was at my desk at work. To which she blithely responded, “Oh, yeah, I forgot about work.” That one statement pretty much sums up Lil Cuz and her grasp of the real world.

Back to the Present: Youngin’

Earlier this month (April), during another blissfully normal day at work, Youngin’ (formerly Lil Cuz) text’d to say she was back in NYC and asked if she could stay with me for two weeks. She offered to pay $150 per week. I told her that was a discussion, not a text. We spoke during my lunch hour and she ended up meeting me at my apartment after work. A few days before her two weeks were up, without contributing a dime to her upkeep (again), despite setting her own terms, she text’d me again at work to say she had gotten a job and asked if she could stay another two weeks. I congratulated her on the job and ignored the remainder. It was the day before Good Friday and I was intent on enjoying my three-day weekend with a pure faith-focus – no distractions or frustrating conversations.

The day after Resurrection Sunday, I wrote talking points for a discussion with Youngin’. It came to a full single space page. I also drew up a weekly roommate rental agreement that represented half of my monthly housing expenses. The revelation I had while doing that was that in opening my home to this little imp she decided that I was easy pickings for being taken advantage of. Youngin’ was the first one to mention money last summer. I believe her expectation was that by offering me $100 for her last week, she’s be allowed to do whatever she wanted to do in my home. I quickly disabused her of that notion. When she offered to pay, I told her it was up to her, but whatever she decided, I would hold her to it. My reasoning then was: she’s a young woman taking a big step to build a life in NYC and though she hadn’t planned for the cost of an extended stay in NYC, she was still responsible for the decisions and agreements she made. It also provided me an opportunity to evaluate how she valued her word.

What I learned is that I will never again allow anyone to enter my home with the idea that their terms are ruling my roost. My hospitality was too broad. It always has been. I offered her the same hospitality I’ve provided to friends who have known me for years. She was not a friend and we did not know each other. Nor is she a good guest. I had to learn that also. The more she took my generosity and hospitality for granted, the less I offered.

I reined myself in when I reined her in. The haphazard way she lives her life is a disruption to my life. I’m twenty years her senior and have been working and contributing to households since I was sixteen. I don’t understand her – the way she thinks, the way she acts her complete lack of responsibility and honor.

When she first contacted me, I thought it extremely possible that she would be a pure blessing to my life. An opportunity for me to love someone and share some of the bounty and provision God has blessed me with in New York City. By the time she left last summer, I was disappointed and disillusioned by yet another contact that didn’t have to go as sour as it did. I was no longer interested in even sharing time with her.

This second time around I was reluctant to open my home to her again. Luckily for Youngin’, I admire the passion it takes to pursue one’s dreams. I also believe I should do what I can to help those who ask for assistance. Two weeks didn’t sound so bad. It sounded like an opportunity to try building a relationship with the Youngin’ again. An opportunity to provide guidance and support for her transition to New York City. We’re now nearing the end of four weeks, her scheduled departure is two days away, and I can’t wait to shut my door behind her.

For the most part she’s been pleasant in my home. We’ve had a few good conversations. Red herrings for the most part. Overall, I have a sense that she’s misrepresenting herself, her interests and/or her intent – that she essentially is not being honest. She has a philosophy that you either crap on people or get crapped on (language edited). She shared this message on Instagram. After seeing it, I asked her if she was crapping on me or was I crapping on her. She tried to insist that neither was the case while also insisting that her followers understood what she meant. I am well aware that she thinks she’s getting over on me. Her blatant post was simply a crude confirmation. She’s since posted other things that have confirmed her character and true outlook on life and human interactions. However, her behavior and her explicit lack of interest in spending time in my presence (I.e getting to know me) has led to me enjoying her presence less and less which directly corresponds to my eagerness for her departure.

So the blessings I had hoped for from the interactions with Youngin’ did not manifest. Nevertheless, I still received blessings in the form of closures and revelations.