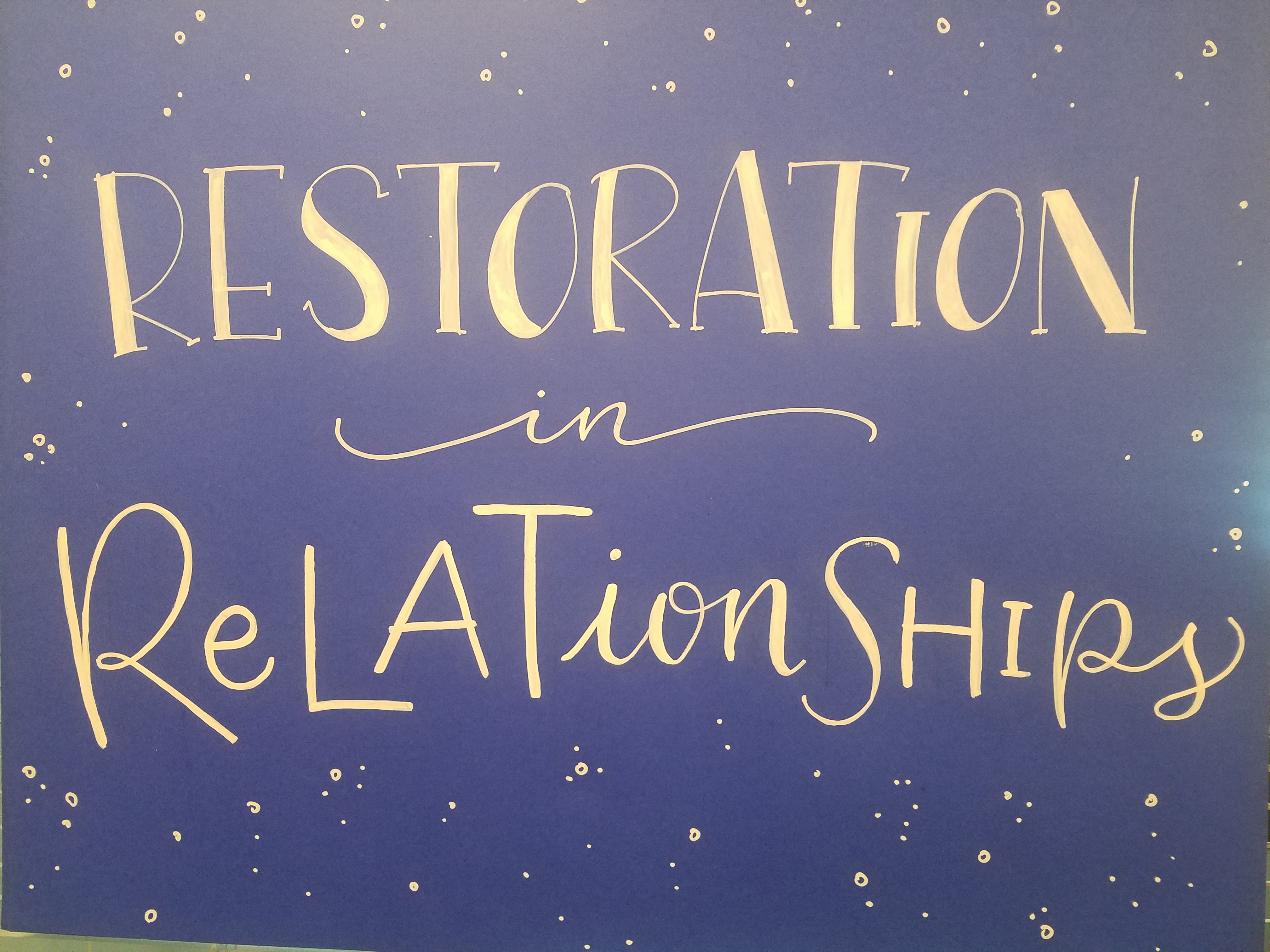 Spending my day at the Woman Be Restored Conference at Times Square Church. This year it started with a two hour morning break out session. I chose the Relationship Restoration breakout teaching. I missed most of the first hour – I thought there would be a warm of singing before we got into the meat of the conference. My thinking was wrong. So was my attitude. I walked in on the teaching saying that our ability to forgive is based on our capacity to forgive. My listening walls immediately went up and I typed in my notes, “capacity vs. understanding.” Meaning we have the capacity to do everything God instructs us to do, we are limited only by our understanding of who God Is and the Power He has to Perform in our life. We have to understand that saying “yes” and “amen” to God will take us places (internally and externally, spiritually and physically) we can’t even  imagine or envision.

While my attitude was busy saying no to the teaching in the room by countering the points with my own, God broke in with a whisper, “Thank you for Peewee.”

Before I know it, I’m searching my phone for this post I wrote in October 2016. I shook my head slightly on the negative even as my hand was going in the air for permission to speak.

My hand played cat and mouse with the air several times before I was called on. I ended up being the last to speak before we closed the meeting in prayer. I think it was fitting to close on a cry of thanksgiving. I started by stating that forgiveness is an expression of love and I offered it to my dad, Peewee, as an offering of love for my deceased mother who loved him to her death. Forgiveness is a process and many people will try to dictate or force their interpretations on you about their idea of what forgiveness looks, feels or sounds like. Then I read the paragraph beginning with “So on to now.”

Thank You for Peewee.

My dad has been coming to mind strongly and often lately.

I wrote a piece about him a few years ago as a submission for a father/daughter project. Some time after his death, I had a series of dreams about him, disturbing dreams actually. Dreams where I was locked up and still a sexual object for him. The dreams didn’t stop until I forcibly removed myself from the home he had me locked up in and blew the home up from a helicopter with a rocket launcher.

I awoke from that final dream feeling quite bad ass and liberated.

Despite the effort I made following his release from prison to build a father/daughter relationship with him, most of my thoughts of him are devoid of fondness. My greatest sadness about him is that there is no longer any opportunity to reconcile with him again. Our relationship blew up after my brother died in 2007 because of Peewee’s decision to honor his own brother at my brother’s funeral. His brother had also sexually violated me in my youth. My brother was not fond of him. And even if they had been in communication as Peewee’s sister recently tried to tell me, Antione would not have approved of the way his sister’s rapist was given a place of honor to speak through a relative of his love for his nephew at his funeral as his unprepared sister realized too late what was going on.

Peewee and I fell out over that sneak attack. What I snapped at him outside the funeral home as we walked out was, “Even now, with the death of your son, you chose not to put your children before your brother and sister. When will you put us first?” Although he had no rights of fatherhood, I had already named him as legal next of kin for my brother in order to help with funeral preparations until I was able to arrive in Gary. I insisted in the street the day of my brother’s funeral that he put his grandchildren first and sign the paperwork to have my brother’s cremated ashes sent to his daughters. He agreed and we walked back into the funeral home to complete the paper work. After that I told him he and I were done.

He died three years later. To my knowledge he made no effort to mend our breach. When he knew he was dying he called his brother and sister. Even on his deathbed he didn’t ask for me. I saw that as a choice… as in he chose who he wanted to see and be with in the end. As in, he never did get around to putting his children first – before his brother and sister.

And for that ending, my thoughts of him are often filled with resentment and a deep sense of rejection. Wow. I hadn’t been able to follow my thoughts through to this revelation before. His sister and perhaps others thought that my feelings towards Peewee were based on his sexual abuse of me in my youth. When she finally spoke to me about it a few years ago, I told her what I shared here and added that he had been forgiven long ago for his abusive violation of me.

Perhaps this is the reconciliation my spirit, body and life needed: Acknowledgement that even Peewee has been a blessing to my life.

I then gave thanks for Anthony, the long forgiven uncle I want nothing to do with. I gave thanks for their sister who has a special place in my heart but holds none of my trust. I gave thanks for my mother who is always a blessing in my sight. I gave thanks for all the family God has blessed me with who has repeatedly and consistently rejected me or mocked me. They have all been my training ground. The rod of my affliction. Without them what would I know or understand of the true darkness of the human spirit? And by contrast, what would I appreciate in the pure light of God’s grace and mercy and redemptive powers?

I’m packing up my New York City apartment in anticipation of a cross country move. One medium size box is nearly full with stationery. I paused when I saw that.

The things I enjoy most in life were introduced to me my Peewee. My first box of stationery was powdery pink parchment he gave me for Christmas when I was 11 or so. He put together my first bike and let me help then took me outside to teach me how to ride. one of my remaining goals is to do long distance cycling across many different terrains. My live if sci-fi comes from watching Star Trek with him. it’s amazing to me that these are the memories that are dominating more and more as time passes.