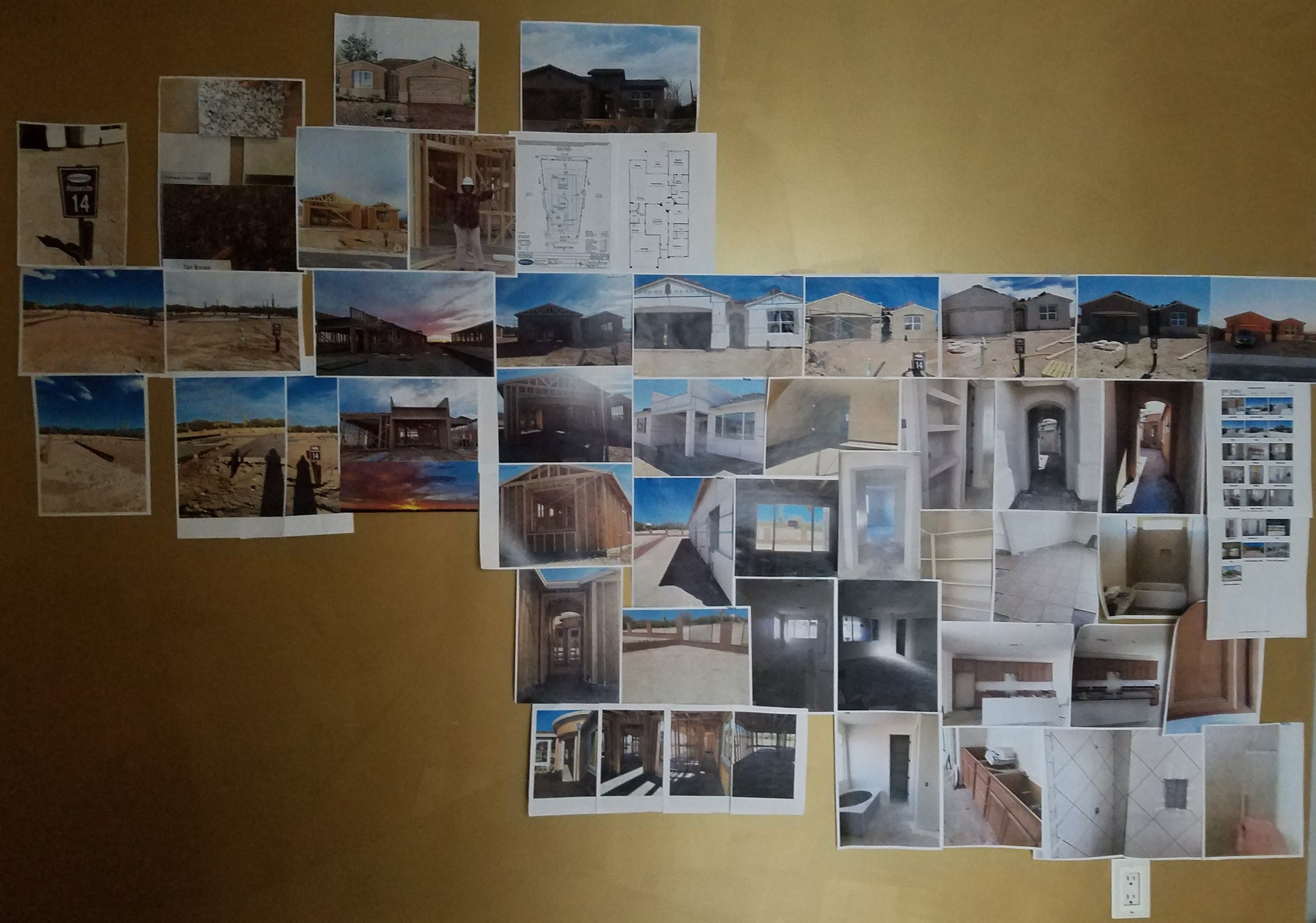 God always gives us a word to perform. We may not always hear it, see it or know what we’re doing when we do get it, but as long as we are sure to put our trust in Him, He will get us to where He wants us to go.

One consistent element of my writing, most especially my journaling, is that my written words regarding my life are often either prophetic or revelatory. I don’t have a sense of which words are defining my life when I write them, but in moments like now, when I’m editing a collection of my writings for my next autobiographical book, Desert of Solitude: Refreshed by Grace, I can see the results clearly. There are dots to connect from when I first received an urge (word or vision) to do something to my becoming aware that I am preparing (being prepared) to take action to the action being completed.

Today, I was reminded of a forgotten dream I had nearly three years ago. Today is the first Saturday I’ve spent in my new home. The end of the first week as a full-time resident of my new town. The seventh day actually. Today I received confirmation of a word that has been completed in my life. I really had no idea that I was hearing correctly, performing accurately or moving in the right direction. I struggled long and hard with taking the final step – moving from New York City to Tucson. There was no struggle with the first steps or middle ones. Only eagerness, a sense of purpose and a need to follow-through. The final actions carried the most anxiety because of their finality, perhaps because of the level of commitment and trust required to let go of the life I had been building for over twelve years.

I’m quite certain I would not have understood this until I was on this side of the executed instructions. The dots weren’t connecting while I was still in NYC. I didn’t see the fullness of anything there.

This week, I’ve been doing a final review and edit of my book, Desert of Solitude: Refreshed by Grace. Aside from writing everything in the book, I’ve read and shuffled the material numerous times. At some point I may have connected the line “building a structure” to my new construction home, but certainly not like I did today. My granddad died at the end of the year I received this message. Around that time I assumed my mom’s visit in my dream was about his departure.

However, mom has never visited before a death. She has often visited to provide a sense of comfort and insight. She always represents a pivot or answers an unknown question. I can’t always decipher with certainty what her presence in my dreams means, but there is always a very strong sense of what the message intends to convey. [Let me clarify here that I don’t believe my mom’s ghost or spirit is visiting me. I have long believed that God speaks to me through her image because she has been the best representation of love in my life here on Earth. When I see her there is purity and trust. Never any ulterior motive. She always comes for my good or protection.]

On the morning of March 15, 2015 I wrote down what I remembered of a dream the night before. My note stated simply:

“I dreamed about building a structure…. I was building a structure next to my bed in my home. It reached eleven stories. Then it started falling down. Mom was in kitchen cooking and then she was in her room. At the end of the sequence she took shower.”

Eighteen months later I visited Tucson for the first time. Three months after that I went into contract to build a house in a place called Dove Mountain which sits in the Tortolita Mountains (my translation: Little Dove or Dove of Peace). Throughout the home construction in Tucson, I posted images on my New York City bedroom wall of my lot as the house went up. Some of the pictures I took myself, but the majority were sent monthly by the sales agent and my real estate agent. At some point during this process, I moved my bed to put my headboard up against the “vision board” wall.

Things I know: I tried hard to build a full life in New York City. After nearly two years living in the City, I began working for the company I stayed with until the day before I left NYC for Tucson, AZ. At the time of my relocation and job exit last week, I was in my eleventh year of employment. The last two years of my employment had been rife with resentment and bitterness due to the lack of advancement opportunities despite my tenure, experience and education. Refreshment came after that and so has a cleansing. Building. Collapse. Shelter. Nourishment. Cleansing. The message and vision was received in March 2015. Understanding arrived in February 2018, when I was supposed to get it. Just in time to sum up the encompassing lessons shared in Desert of Solitude: Refreshed by Grace.