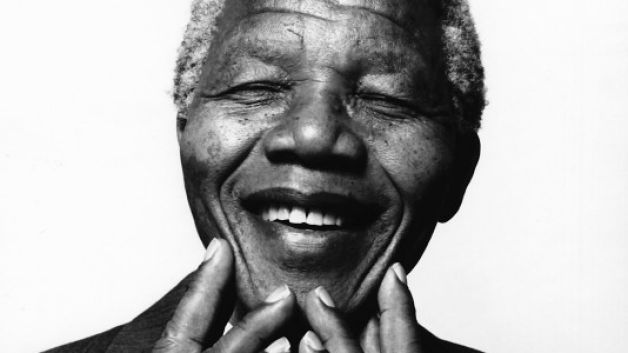 I think I will forever remember that the day Nelson Mandela died I attended a phenomenal event hosted by the Anti-Defamation League where I heard words and reflections about overcoming hate and bigotry so powerful I reached out to personally thank the person who invited the person who invited me. I wanted to let him know that his generosity, consideration and kindness to his friend had a domino effect – I was an indirect beneficiary. I will also remember that later in the day, I gave a presentation on a research project titled Democracy, Diversity and Stereotypes, in which one of my most interesting findings was that the small number of respondents who felt that their lives were negatively impacted by discrimination, stereotypes and prejudice claimed that other peoples’ biases did not truly hinder them in life – such biases may have slowed them down, but they did not stop them. During my presentation I also shared a video that was played at the Anti-Defamation League event. It still moves me. It moved my audience too. Watch and be inspired:

Imagine a World Without Hate

“I was not born with a hunger to be free. I was born free – free in every way that I could know. Free to run in the fields near my mother’s hut, free to swim in the clear stream that ran through my village, free to roast mealies under the stars and ride the broad backs of slow-moving bulls. As long as I obeyed my father and abided by the customs of my tribe, I was not troubled by the laws of man or God.

It was only when I began to learn that my boyhood freedom was an illusion, when I discovered as a young man that my freedom had already been taken from me, that I began to hunger for it. At first, as a student, I wanted freedom only for myself, the transitory freedoms of being able to stay out at night, read what I pleased, and go where I chose. Later, as a young man in Johannesburg, I yearned for the basic and honorable freedoms of achieving my potential, or earning my keep, of marrying and having a family-the freedom not to be obstructed in a lawful life.

But then I slowly saw that not only was I not free, but my brothers and sisters were not free. I saw that it was not just my freedom that was curtailed, but the freedom of everyone who looked like I did. That is when I joined the African National Congress, and that is when the hunger for my own freedom became the greater hunger for the freedom of my people. It was this desire for the freedom of my people to live their lives with dignity and self-respect that animated my life, that transformed a frightened young man into a bold one, that drove a law-abiding attorney to become a criminal, that turned a family-loving husband into a man without a home, that forced a life-loving man to live like a monk. I am no more virtuous or self-sacrificing than the next man, but I found that I could not even enjoy the poor and limited freedoms I was allowed when I knew my people were not free. Freedom is indivisible; the chains on any one of my people were the chains on all of them, the chains on all of my people were the chains on me….

I have walked that long road to freedom. I have tried not to falter; I have made missteps along the way. But I have discovered the secret that after climbing a great hill, one only finds that there are many more hills to climb. I have taken a moment here to rest, to steal a view of the glorious vista that surrounds me, to look back on the distance I have come. But I can rest only for a moment, for with freedom comes responsibilities, and I dare not linger, for my long walk is not yet ended.”  (http://www.scu.edu/ethics/architects-of-peace/Mandela/essay.html)

May he rest in peace.

Short life story of Nelson Mandela, the first president of the free South Africa and one of history’s greatest African leaders. http://www.youtube.com/watch?v=0QdOElSYgzo