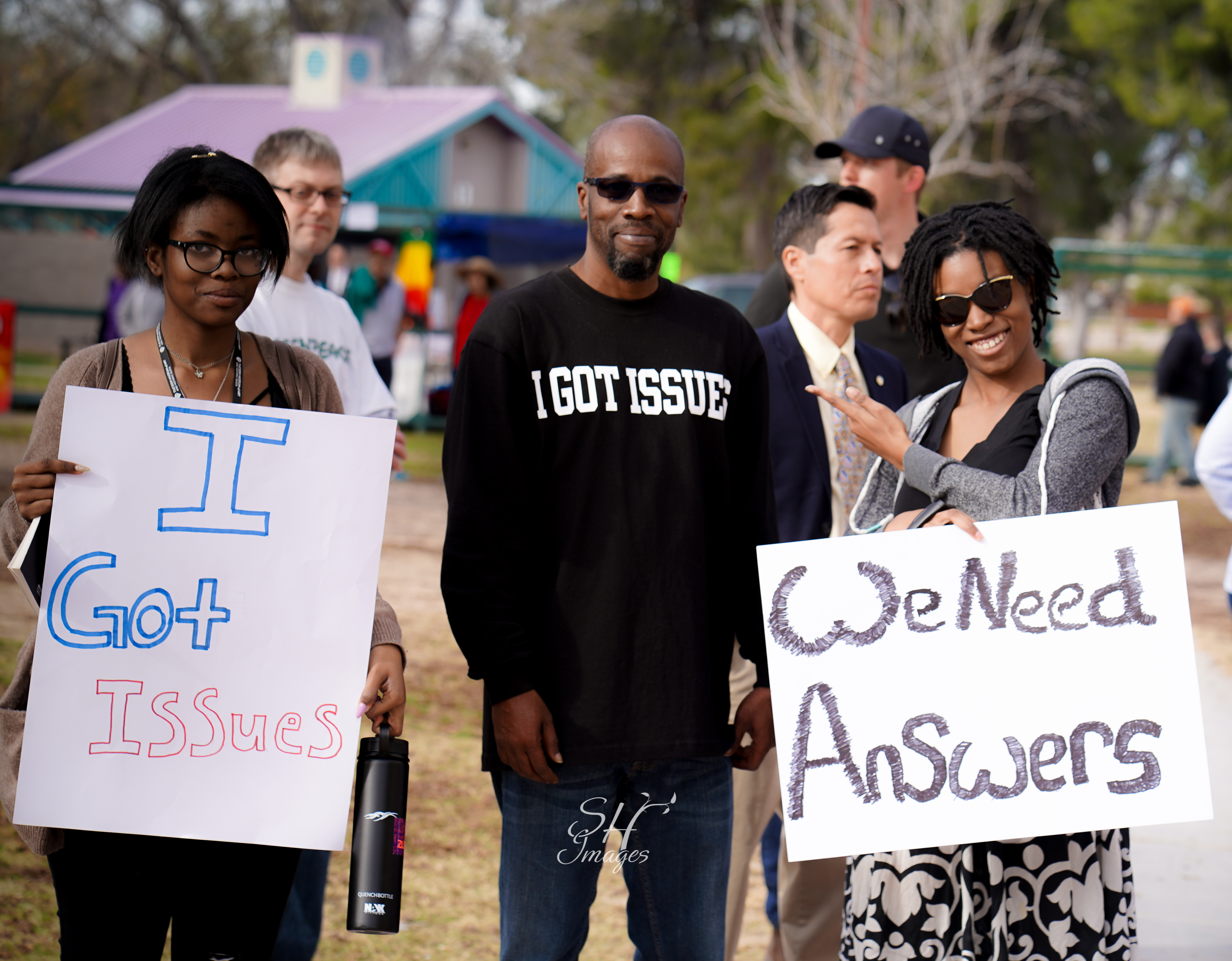 I’ve been feeling like a rebel in recent years. Marching to the beat of my own orchestra. Listening to the voice whispering to me through the wind. Choosing to grant myself permission to live on my own terms. Deciding to embrace the fear of doing such even as I continue to forge ahead. For a spell now, I’ve been bombarded with examples on why living without permission is so important for our overall well-being.

I have a male friend who has had an extremely hard time in New York City since he moved to the city fifteen years ago. We have periods of connection when we check on each other before falling off again. Shortly after I returned to New York City to relist and market my apartment myself, we spent a day together in my empty Harlem apartment. We caught up on years of missed conversations and hardships. By the end of the evening I became frustrated with him. The common theme throughout his constant hardship was his undying belief that others would look out for him and his interests therefore there was no need for him to take precautions for himself. He repeatedly put himself in situations that were not only unfavorable towards him, they were often dangerous and left him at the mercy of people who had no stake or concern for his well-being. Alternatively, when he was blessed with good work environments (perks, benefits, kind managers, etc.) he abused their generosity. My strong admonition was that he needs to make better decisions for himself.

It astonished me how much power he gave others over his life, livelihood and well-being. It sounded as if he didn’t make a move unless someone with no responsibility to him was ok with what he wanted to do.

He became a real estate agent a year before I did. He stayed with that agency for a whole year without doing anything, not even an open house, because they wouldn’t help him or answer his questions or give him his pocket card (proof of profession and associated agency in NYC). When we first spoke about this, I was in Arizona and had been a licensed agent for four months. In my first month, I hosted no less than ten open houses for other agents, most of whom I still haven’t met. I was genuinely perplexed by Guy. When I asked him why he didn’t simply change agencies if help was so important for him, he responded, “I didn’t think I could.”

Real estate agents are independent contractors. The only agents who may have difficulty switching firms are those who have property listings. Listings belong to the agency, not the agent. Sometimes agencies will allow you to pay a fee for your listings to take your clients with you. If you have done absolutely no business for an agency, you could literally walk out the door in the middle of a conversation and nobody will be calling to check on you. So for Guy to not even have this minimum amount of initiative to look after his professional interests as well as his ability to provide for himself sort of blew me away.

Last week, I met up with a former corporate colleague for dinner. We last saw each other the day I thought I had finally moved from New York City for good in February 2018. We had a good catch up. I shared some of my recent hardships concerning the delayed sale of my NYC apartment and how being in limbo through a long transition between two lives in two states has really shaken me loose from people and things I had long resisted letting go of. I shared that one of the ways I plan to commemorate the end of my life in NYC and the beginning of my life in Southern Arizona was by cutting off my hair and starting from scratch. I viewed it as a way for me to free myself to let go and grow.

Colleague immediately said, “No! Don’t do that! As a friend, I’m telling you that won’t be a good look. Don’t do it.”

I bit my lip, but the words on the tip of my tongue were, I’m not asking for your permission. I wasn’t even asking for your opinion. Instead my head tilted to the side and with a bemused look on my face I told her, “This isn’t a beauty decision. It has nothing to do with how I will look.”

And around we went for a few rounds until she convinced herself that I didn’t mean cutting everything down to a buzz cut. A short cut was fine, but a buzz or bald look wouldn’t do. I hadn’t really thought about how short I would cut so I let the conversation fall off there, but it amazed me that a casual work acquaintance felt comfortable telling me what I could and couldn’t do with my own hair.

Over the holiday weekend, I received a call from one of my aunts. She shared a story about my Grandma who has been suffering greatly from various health issues for the last decade. A few years ago, she was diagnosed with early onset dementia. Around that time she lost the home she had been living in for over thirty years which led to her being bounced from relative to relative. She is now in the fifth household in as many years. Grandma is a very strong-willed woman with a violent streak and a horrendous (though funny-to-me) potty mouth. When I visited her a couple of summers ago, she was completely subdued and scared to speak openly in front of her then “caretakers”, her youngest daughter and son-in-law. They had been abusive towards her which was the reason for my visit. My intention was to take Grandma home with me but she didn’t want to leave her hometown or her great-grandbabies. However, I let her know the choice was hers and it shouldn’t be made in fear. She chose to stay. A few months later she chose to move in with her oldest living daughter, the one who called me. They didn’t last long under the same roof and grandma was soon packed up and moved next door to my cousin’s house where she’s been for the last year. It was this cousin who received a call from senior day care informing her, “Your grandmother got into a fight today. You have to come pick her up.”

Sometime before the fight, Grandma had reported to her daughter and granddaughter that another woman (who is also suffering from dementia) in senior day care had been slapping her and pulling her hair. Both my aunt and cousin were horrified to hear this and both adamantly told her the next time that woman put her hands on her she could hit her back. Who knew Grandma would ever need permission before hitting someone back!? But she did. The day my cousin got the call, my grandma’s bully had pulled her hair hard and slapped her across the face. According to the day care workers, the next thing they saw was grandma slapping the woman back and choking her out. I’m told it took two workers to separate them.

Grandma is dependent on a walker. She’s had several strokes, she wobbles when she stands and half of her body has to be maneuvered by hand. I had picked her up from day care on my last visit and know what the set-up is. They seat everyone at a long table in the middle of the room. My questions to my aunt were, how was Grandma choking this woman out? Were they both on the ground or was Grandma balancing her weight against the woman’s throat? She can’t move without her walker. How long did it take for her to turn around, get up and get to the woman? Sadly, my aunt didn’t have my desired details.

All that said, Grandma has obviously been experiencing a great deal of abuse. My comfort here is that she tells people about it and so far we’ve helped her to help herself a bit. On the other hand, I’m extremely saddened that she has loss her voice to a great degree and her sense of autonomy overall. The woman I grew up knowing and whose roar mine mimics would have never waited for permission to defend herself.

Though I’m able to identify instances of permission expectations now, I’ve lived most of my adult life seeking permission like so many others. Permission in the form of acceptance, understanding, appreciation, acknowledgement, support and validation. We live in a global society where people think they have the right to minimize others and keep them in boxes for no other reason than their own experience of privilege. Privilege via hierarchy, status, appearance, position, proximity, birth order, relationship, etc. I can’t count how often I succumbed to the preferences of others to my own detriment, but I know I began fighting that conditioning before my tenth birthday. Thirty-four years later I’m still fighting to understand what it truly means for me to live as I believe, as I want, as I plan, as I hope and as I am able to provide for myself. As many lessons as it takes, I will continue to seek only my own permission to live my best life as my best self.