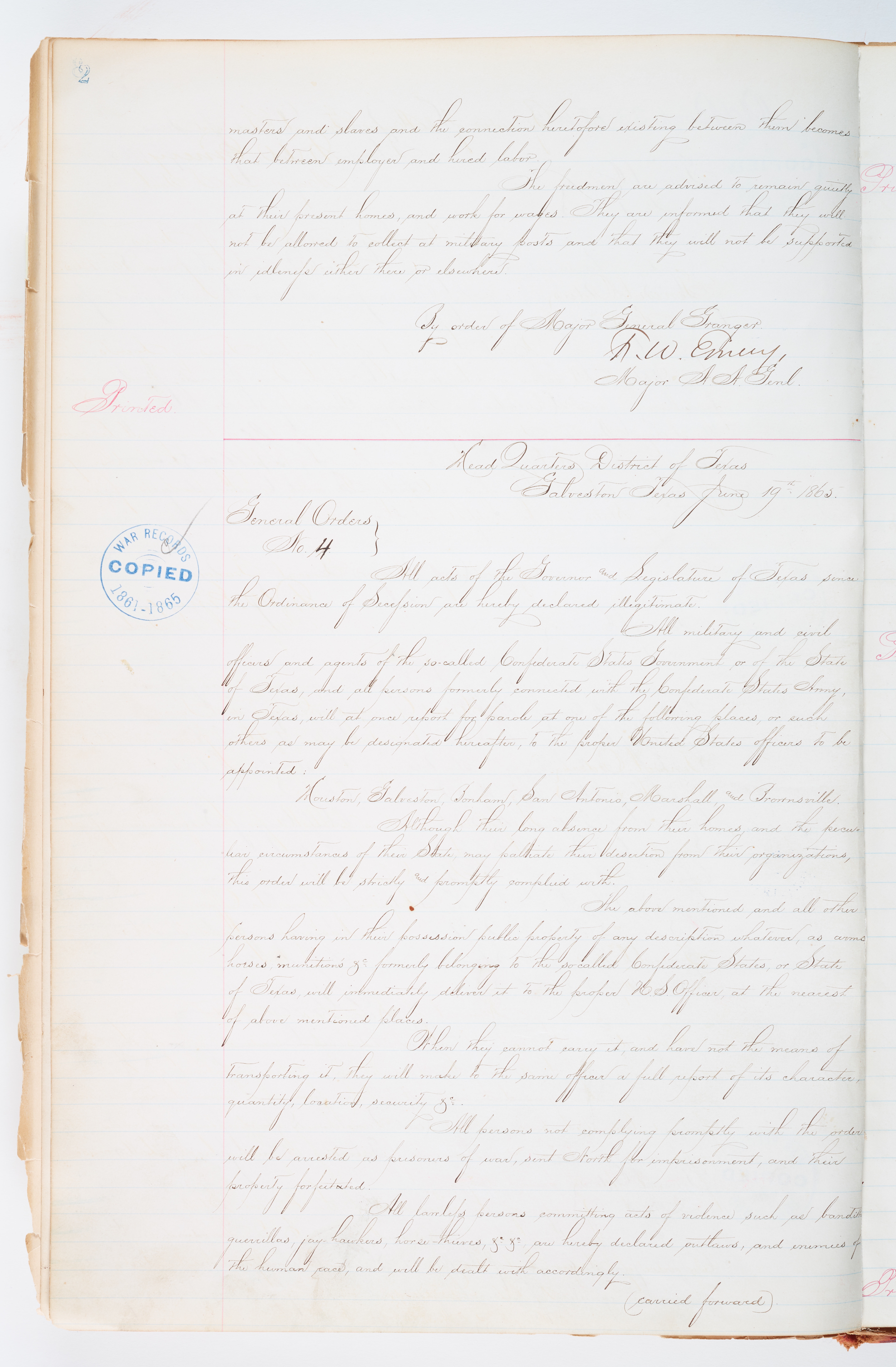 General Order 3 was read to the enslaved African American population and their enslavers in Galveston, TX on June 19, 1865 by Union Major General Gordon Granger.

“The people of Texas are informed that, in accordance with a proclamation from the Executive of the United States, all slaves are free. This involves an absolute equality of personal rights and rights of property between former masters and slaves, and the connection heretofore existing between them becomes that between employer and hired labor. The freedmen are advised to remain quietly at their present homes and work for wages. They are informed that they will not be allowed to collect at military posts and that they will not be supported in idleness either there or elsewhere.”

He didn’t tell them they had been legally free for two years, four months and eighteen days. Or that the Civil War had ended two and a half months earlier which codified their freedom. There was no offer of income, or other funds to allow them to move about freely. No employment offers. No suggestions on where the free could live freely. He didn’t even tell them that their former enslavers would be compensated by the government for the loss of their forced laborers. However, he made sure to tell them to return freely to the plantations they were just freed from and expect wages from their new employers/former masters. He made sure to tell them not to bother approaching the military for any assistance. And he clearly told them they would not be supported anywhere.

This is how the last of the enslaved African American population was informed of their freedom in the failed experiment that is the United States of America. No grace. No urgency. No mercy. Even from the side that wants to be celebrated as emancipators.