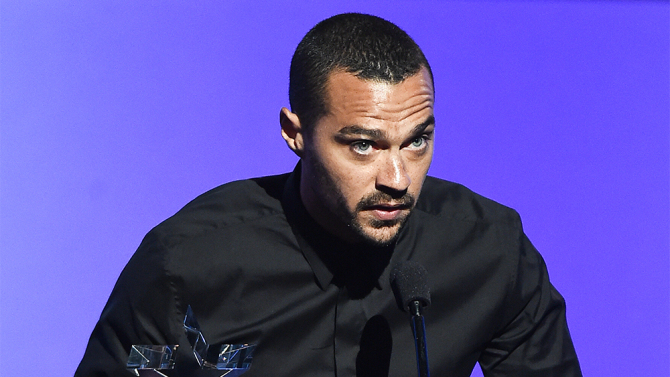 On Sunday, June 26, Jesse Williams received the 2016 BET Humanitarian Award. He gave a powerful acceptance speech that is an on-point statement highlighting racial inequality in America today. It’s ironic that it was given in a room full of entertainers, one of which was posturing with a thick gold chain while pointing to the brand on his shirt right before Jesse called out the culture of selling ourselves for brands after praying and working for centuries to escape being branded.

“This award is not for me. This is for the real organizers across the country: the activists, the civil rights attorneys, the struggling parents, the families, the teachers, the students that are realizing that a system built to divide and impoverish and destroy us cannot stand if we do. Right? It’s kind of basic mathematics. The more we learn about who we are and how we got here, the more we will mobilize.”

“There has been no war that we have not fought and died on the front lines of. There’s no job we haven’t done. There’s no tax they haven’t levied against us. And we’ve paid all of them. But freedom is somehow always conditional here. You’re free – they keep telling us. But… she…she would have been alive had she not acted so… free. Freedom is always coming in the hereafter. But, you know what though? The hereafter is a hustle. We want it now.”

“The burden of the brutalized is not to comfort the bystander. That’s not our job. Stop with all that. If you have a critique for the resistance… for our resistance, then you better have an established record of critique of our oppression. If you have no interest in equal rights for Black people, then do not make suggestions to those who do. Sit down.”

“The thing is though, just because we’re magic doesn’t mean we’re not real.”