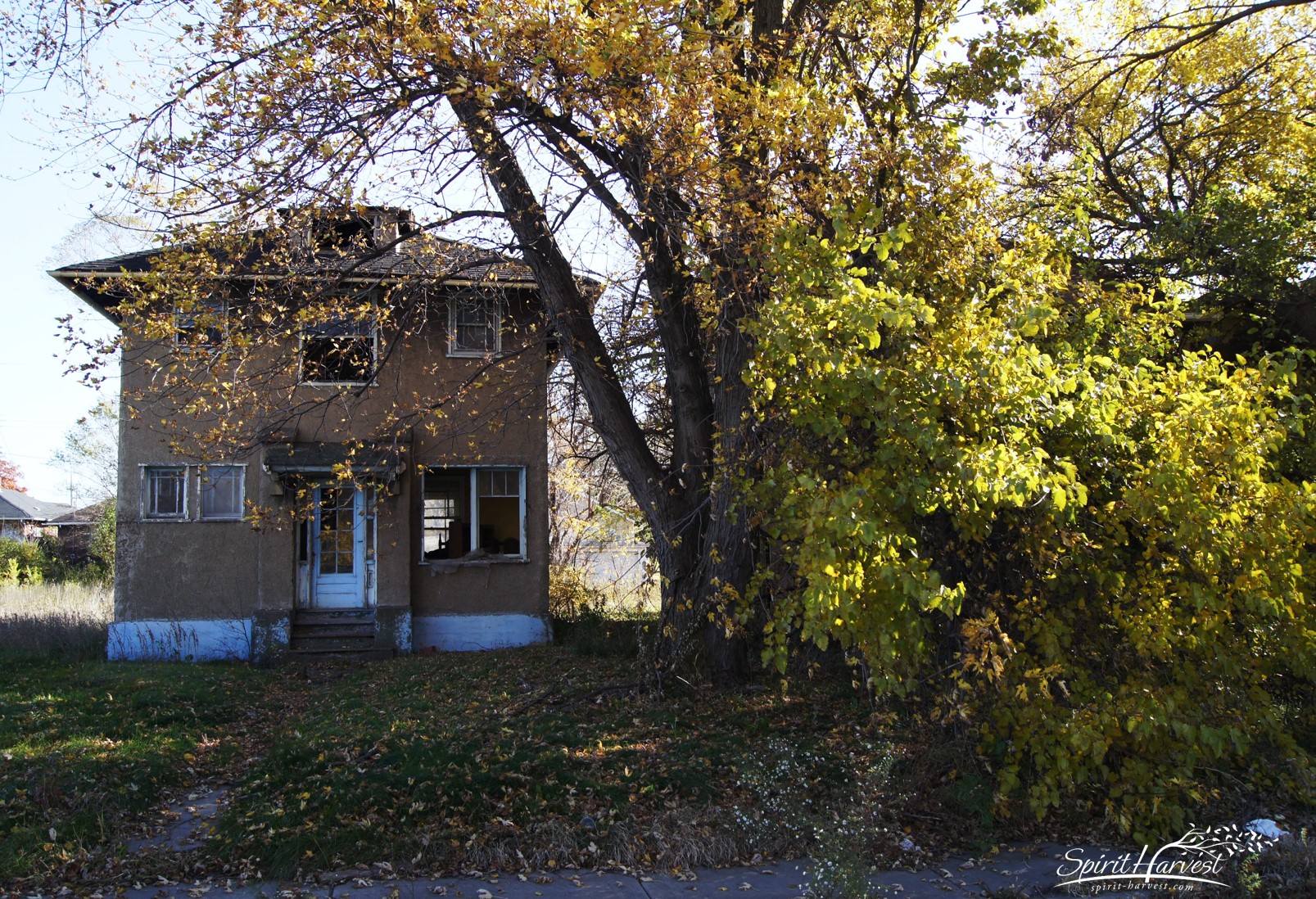 My parents began as neighbors. For most of my life, my grandmothers lived down the street from each other. This house was one I ran to in my childhood dreams when I sought reassurance, security and comfort.

These pictures were taken in November 2011. My grandmother had gone to visit her daughter in Wisconsin in 2004 or so but maintained that she would return home “soon”. It was not to be. She died in 2012 in Arizona. The first few years she was away, my brother took care of her house. However, after my brother died in 2007, the property became a free-for-all as it was well-known it was vacated. Thieves removed fixtures, counters, sinks, and window panes… then squatters moved in. It was very unsettling to walk around this house in such a dilapidated state.

Grandma’s house from the curb.

Looking through side porch window

What looks to be squatter pallets on the basement floor

Looking into the kitchen from the back porch. The partially tiled wall is where the kitchen sink was with cabinets above and below