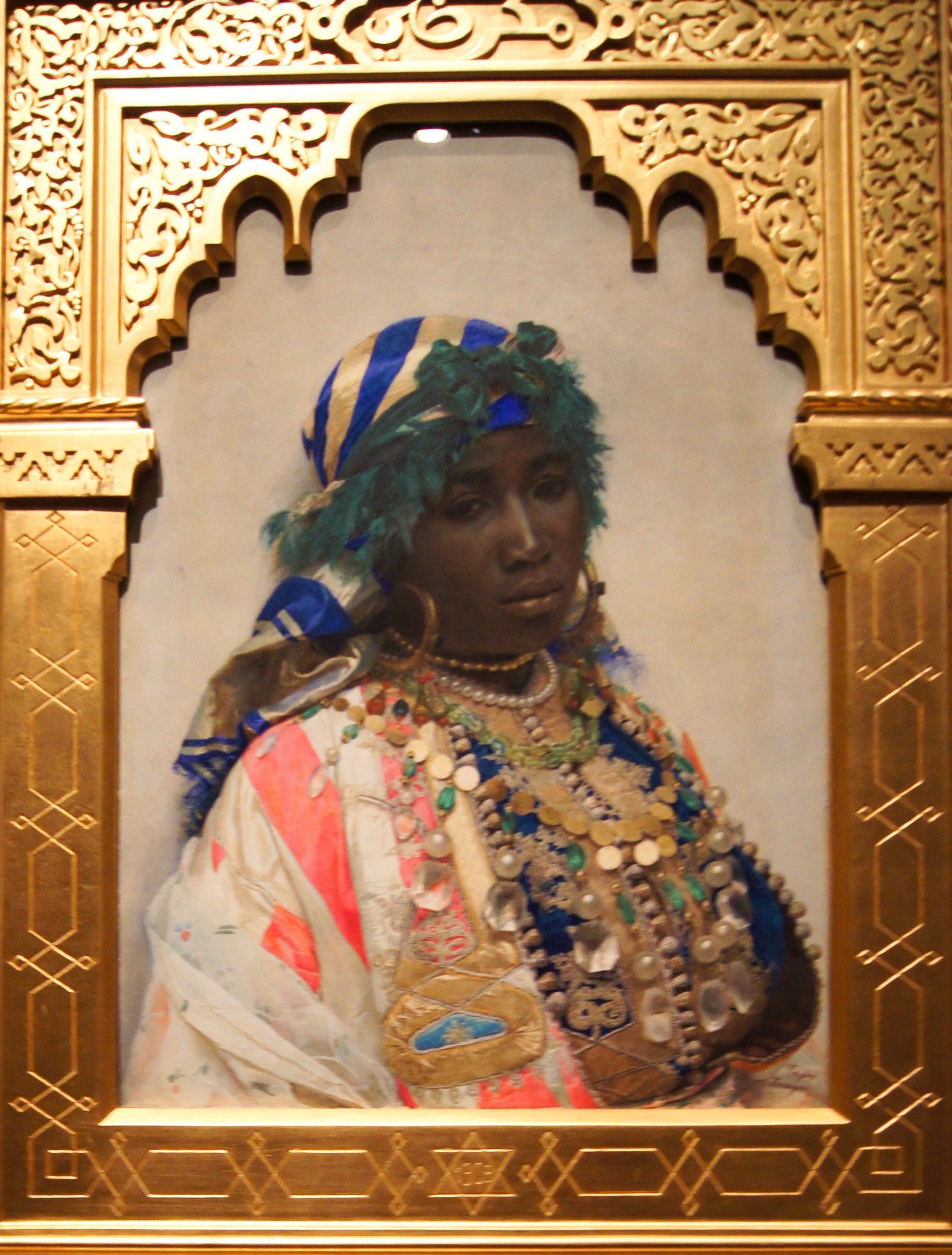 In May I spent a weekend in Montreal. The highlight of the trip by far was a visit to the Montreal Museum of Fine Arts for the Marvels and Mirages of Orientalism exhibit. Hands down, one of the best exhibits I have ever seen if only for this one image: A Tangerian Beauty. I will share other images from the exhibit in future posts, but for now, this beauty gets her own post, with a spotlight on the gentleman who paired her on the exhibit wall.

Why is she so special? Because most of the women in this exhibit of North African art, culture and people primarily portrayed white women as bejeweled favorites of the African rulers and as the recipients of services from “lower” black female co-servants. The majority of brown and black women were portrayed mostly as hard laborers (evidenced by muscled arms kneading the smooth supple skin of the lounging white women) or entertainers. The Tangerian Beauty is the one black woman in the WHOLE exhibit who was not depicted in a sexually exploitative manner, or in a physically unattractive way (i.e. as a dismissive curiosity) or as a servant. The bias of most of the works on display was so oppressive, I grew angrier throughout the exhibit. This got me to thinking of how black women have been portrayed in fine art throughout the ages around the world. Some sad thoughts there… but inspiration is blooming…. Yet still there was a whole exhibit, in a major museum, depicting the peoples and cultures of North Africa – something I have never seen in America.

A Tangerian Beauty is a splendid example of José Tapiró Y Baró’s North African ethnographic types that showcase the artist’s skill and remarkable attention to detail. In this vivid watercolor, the silken gleam of the headscarf, colorful feathers, the glint of gold, glow of pearls, elaborate costume, and the careful study of a particular physiognomy contribute to the remarkable immediacy of the image. The frame is original to this work, and apart from several decorative motifs, contains the number 1309, which probably refers to the Muslim Hijri calendar, which started counting in 622 AD to commemorate the Prophet Muhammad’s migration from Mecca to Medina. If converted to the Gregorian calendar, the year would be about 1891 AD.

She was paired with this handsome fellow: