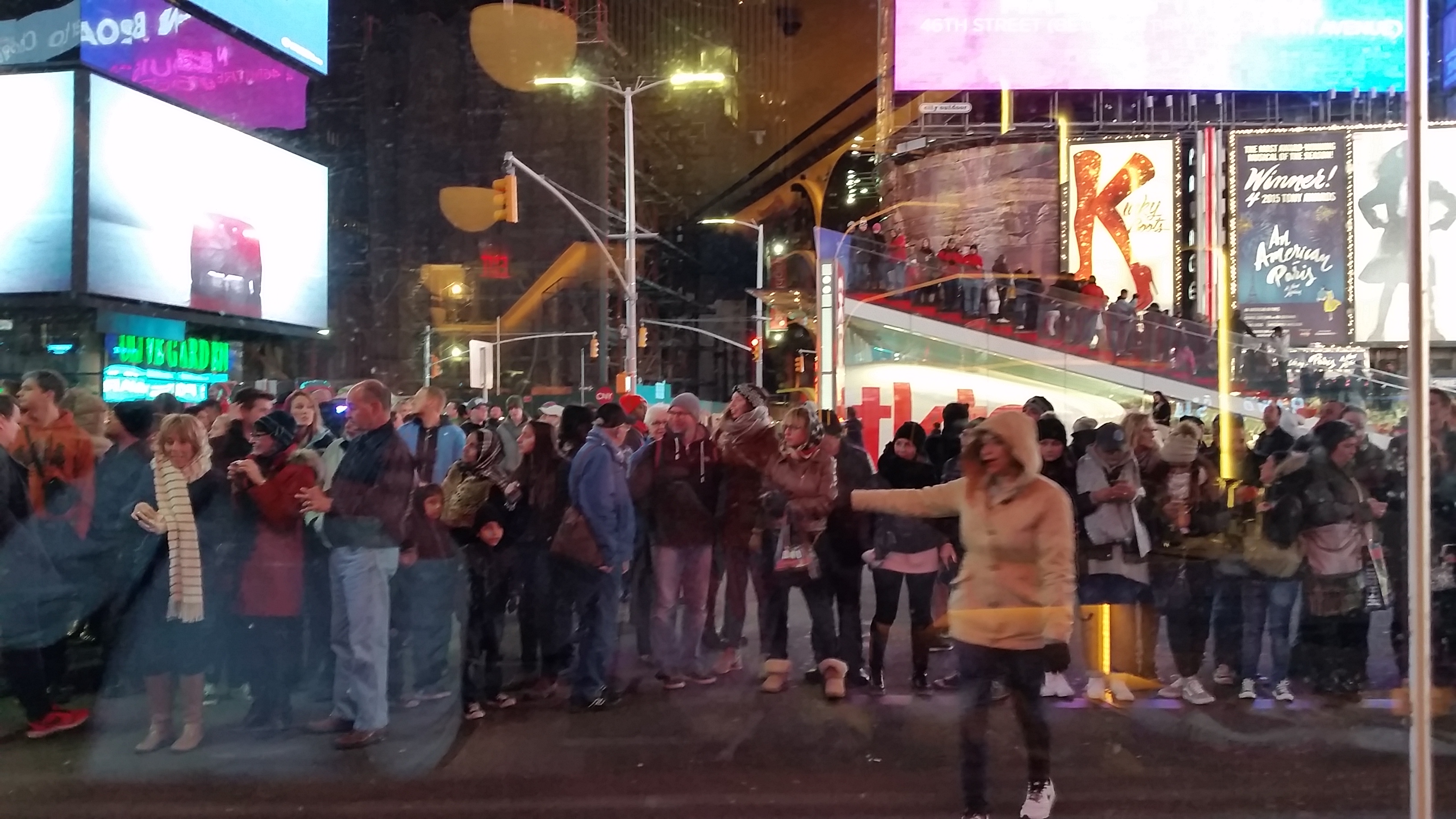 Living in New York City for any amount of time has a way of grinding the pixie dust from your eyes. However, tonight I was a bit star-struck for a moment and happy for the excitement it brought.

On my way home I stopped by a restaurant in Times Square and sat in a window facing the Square. This turned out to be a prime spot to watch several takes of a movie being filmed on the other side of the window.

It took several passes of umbrella-holding extras before I caught sight of the star in their midst. Do you recognize him?

Read about the film Robert de Niro is filming in NYC: