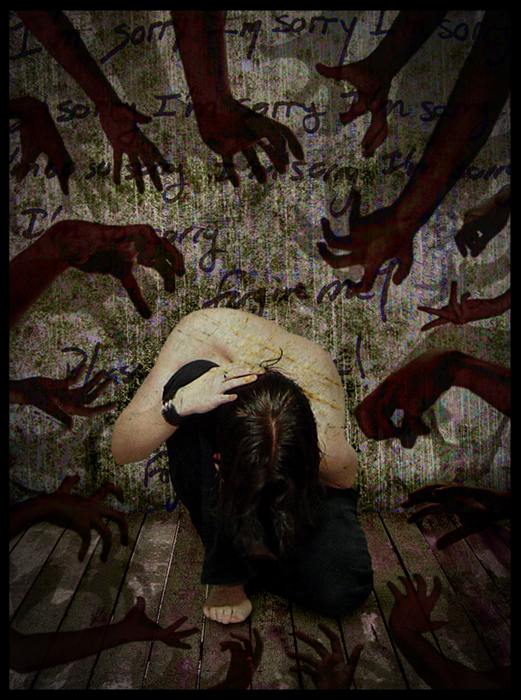 Today, I was confronted by a sister in Christ who had a beef with me regarding my availability a couple of weekends ago.

The first week of January, during Tuesday evening service, she invited herself to my home that coming Saturday. She wanted to hang out and watch movies. I shared with her that I was scheduled to have an outpatient surgery the second week of January (the next week) and, if it was okay with her, it would be better if she came the Saturday following my surgery as I would be on homebound and happy for company. She agreed.

Well a couple of days later, on that first Saturday, at around 2pm she text’d me that she was on her way to me with food. I didn’t see her text until after 4pm when I had dragged myself off the sofa with the intention of heading out to shop for groceries and household items. I had moved in mid-November and this was one of the first free weekends I had to myself and I was determined to get some heavy items off my “to do” list. I had set the day aside for Costco and Target.

She had txt’d several times between 2pm and 4pm stating that she was on her way and asking why I wasn’t responding.

Quite honestly, I wasn’t in the mood for company and I felt affronted also, because I thought she was taking advantage of my hospitality in a very manipulative way by attempting to assure her entry with the gift of food, while disregarding my expressed need for downtime. Even feeling all that, I attempted to compromise.

ME: Hi, just seeing your txts. Was watching movie in living room. Didn’t have phone near me. Running errands now. May go to movie latr. Not sure. But want to se Les Mis. Interested?

HER: U want to see Jack reacher by. Tom cruise. Heard it was very good. I’m in queens now.

[I live in Harlem in Manhattan; and that’s where I was shopping. Depending on where she was, a Queens to Harlem commute by subway could take up to two hours.]

ME: Its on my list, but I’m in the mood for something else.

HER: I m going to see Jack R later
U still want the food I bought for u?

ME: Thanks for thinking of me – is the food able to hold till tomorrow? I’m not sure how we’ll meet up tonight as I’m running errands.

She checked a couple more times over the next couple of hours to see if I had made it back home. My replies shrunk to one word: “no”.

Even as I reread this exchange, I think I was rather gracious because even in my irritation, I was willing to meet up with her after I completed my errands.

The following weekend, I text’d her on Saturday morning – the day we had agreed upon. She didn’t respond until Sunday evening asking if I had gone to church and stating that she “hope all is well.”

Now, even if I give myself a bit of credit for graciousness early in this exchange, by the time I received her text Sunday evening, any graciousness in my disposition towards her had evaporated. I ignored her text. She text’d me again this afternoon shortly following the first service. I was still not in the mood for her, so I didn’t bother reading her text.

I was sitting in the restaurant next to the church in between morning and afternoon services, writing a blog post when I looked up to see her standing next to me. In that moment, I was a bit preoccupied, so my greeting was extra distant and distracted. She was standoffish as well.

She asked if I had gotten her text. I picked up my phone to start reading it, read the first line and answered her there. She sat at my table and started talking about the Saturday she had wanted to come by my home and I wasn’t available. She told me how she had gone shopping for foods I had expressed an interest in and how she had given them instead to a stranger on the train because she didn’t feel like taking the food back home with her. She was “nice” enough to show me a photo of the groceries she had brought for me.

I thanked her again and told her it sounded as if everything worked out. Someone else was able to benefit from her gift and it wasn’t wasted.

Then she said, “I just don’t want you to think that I was imposing on you. I didn’t intend to be an imposition. I had told you I would come by on Saturday and I was attempting to keep my word.”

“This isn’t even about me thinking you were imposing,” I replied. “We had agreed on the following Saturday.. the Saturday after my surgery. The Saturday you were trying to come over was the weekend before my surgery and I was intent on resting and shopping to prepare myself for the week.”

“Well maybe it was a misunderstanding, but anyway it doesn’t matter.”

“Of course it matters. This is what you chose to talk about.”

After a few more stilted words, she got up to go to the afternoon service. “Are you coming now,” she asked.

“No, I’m going to finish typing this post. I’ll be in shortly and will look for you.”

When I got into the sanctuary, most of the seats on the lower level were taken and I didn’t see her in the crowd. I was shown to a seat and within two praise songs was convicted that I had wronged a sister in the Lord.

What was my sin? Where was my guilt?

In my flesh, with my human heart, I can reread this exchange and point out each instance that I tried to respond with loving kindness. I didn’t speak any ill words. Neither of us raised our voices. I admit to being  peeved that she hadn’t even asked me about my surgery and thinking I was taking the moral high ground by not throwing it in her face. Yes, I certainly walked away from that exchange feeling as if I was the better person who had received the most offense and disregard.

That’s what my flesh told me.

Oh, my! Where did that pride come from??? Satan and his toeholds….

As I was standing in the sanctuary praising God, He spoke to me. I won’t go into the full reprimand here. His message was simple. “Where is your hospitality?”

I had withheld myself from someone who was simply seeking to spend time with me in my space. No matter what I thought of her motives or her reasoning, I was ABLE to honor her request, her time and her offer. However, I was not WILLING.

I’m telling you, I cried and begged forgiveness in the midst of the song right there where I stood.

I agreed immediately to speak to her. To reach out to her. To apologize for the offense I had caused by making her feel unwelcome in my home and in my presence. And I did.

We are not always aware of how our response affects another person. I thank God for making me aware that I had alienated someone He CHOSE to connect me to. I had been careless in my stewardship. Irresponsible in my service. I had tarnished someone’s experience with a Woman of God (me). No, that had not been my intention, but it was the result of my behavior.

This may seem like a ridiculous post to some, but I end this day with the lesson that even by repenting for the seemingly smallest trespasses, we can reveal the roots of the deepest lessons for our lives. The lesson here for me is that even when I feel I have the right to focus only on myself and my health, as a servant in the Kingdom of God, I am always on duty. And service to my King takes precedence to serving myself – always. For true service in God’s kingdom, He requires His servants to have open and willing hearts. The condition of our heart can impede God’s work through us or magnify His presence in us.

We are not responsible for other people’s actions, reactions, behavior or even their response to us. However, we are held accountable for how we act and react towards others. Our behavior and our response to people are the fruit of what spirit is ruling our heart – the spirit of the world or the Spirit of God. When the Holy Spirit does a spot check, it behooves us to pay attention to the correction.

To God be the glory. May we honor Him in all things, in all ways, every day.