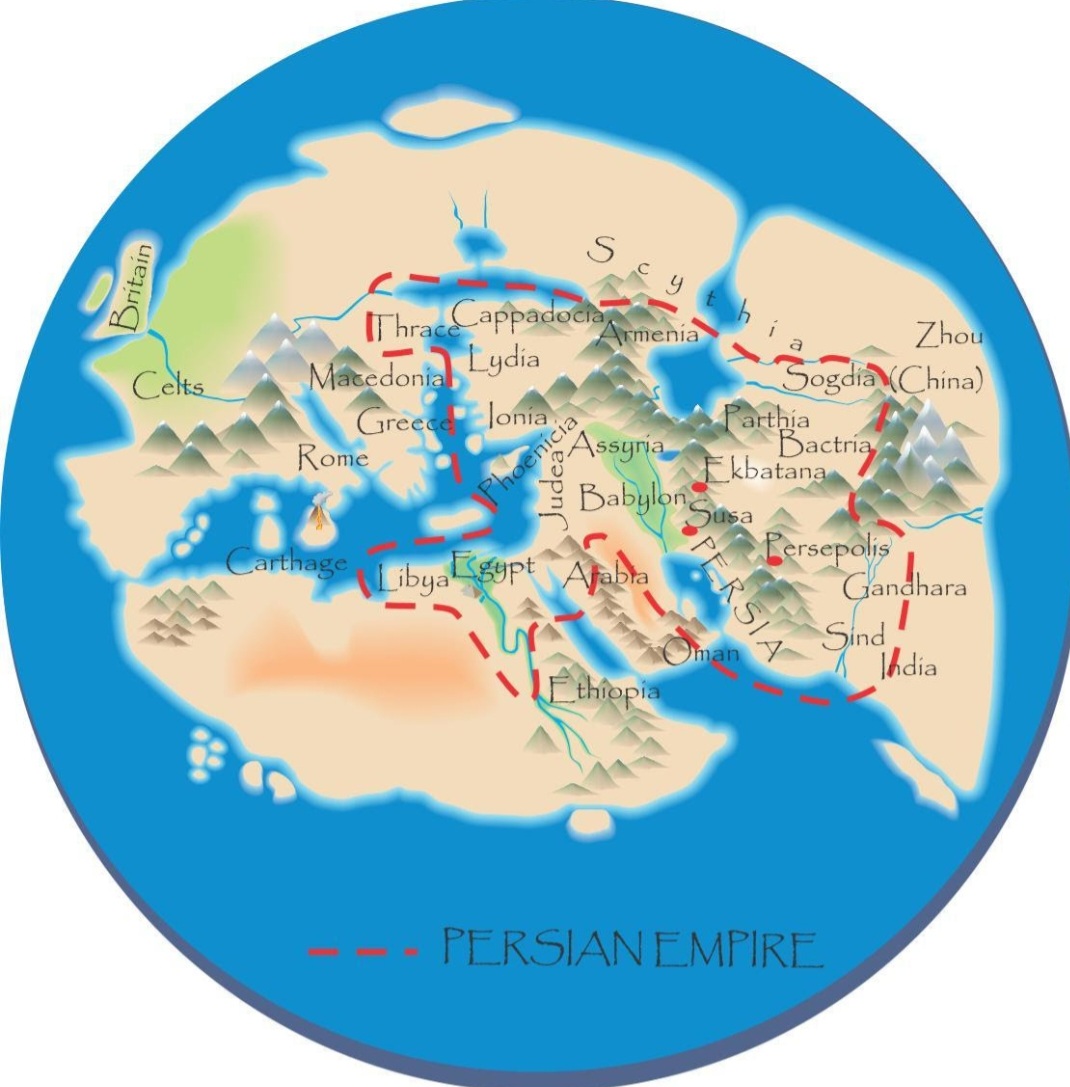 Now King Darius gave a great banquet for all who were under him, all who were born in his house, and all the nobles of Media and Persia, and all the satraps and generals and governors who were under him in the hundred twenty-seven satrapies from India to Ethiopia. They ate and drank, and when they were satisfied they went away, and King Darius went to his bedroom; he went to sleep but woke up again.

Then the three young men of the bodyguard who kept guard over the person of the king said to one another, “Let each of us state what one word is strongest, and to the one whose statement seems wisest, King Darius will give rich gifts and great honors of victory. He shall be clothed in purple and drink from gold cups and sleep on a gold bed[a] and have a chariot with gold bridles and a turban of fine linen and a necklace around his neck, and because of his wisdom he shall sit next to Darius and shall be called Kinsman of Darius.”

Then each bodyguard wrote his own statement, and they sealed them and put them under the pillow of King Darius and said, “When the king wakes, they will give him the writing, and to the one whose statement the king and the three nobles of Persia judge to be wisest the victory shall be given according to what is written.” The first wrote, “Wine is strongest.” The second wrote, “The king is strongest.” The third wrote, “Women are strongest, but above all things truth is victor.”[b]

When the king awoke, they took the writing and gave it to him, and he read it. Then he sent and summoned all the nobles of Persia and Media and the satraps and generals and governors and prefects, and he took his seat in the council chamber, and the writing was read in their presence. He said, “Call the young men, and they shall explain their statements.” So they were summoned and came in. They said to them, “Explain to us what you have written.”

Then the first, who had spoken of the strength of wine, began and said: “Gentlemen, how is wine the strongest? It leads astray the minds of all who drink it. It makes equal the mind of the king and the orphan, of the slave and the free, of the poor and the rich. It turns every thought to feasting and gladness and forgets all sorrow and debt. It makes all hearts feel rich, forgets kings and satraps, and makes everyone talk of extravagant sums.[c] When people drink they forget to be friendly with friends and kindred, and before long they draw their swords. And when they recover from the wine, they do not remember what they have done. Gentlemen, is not wine the strongest, since it forces people to do these things?” When he had said this, he stopped speaking.

[Note: The books from 1 Esdras through 3 Maccabees are recognized as Deuterocanonical Scripture by the Greek and the Russian Orthodox Churches. They are not so recognized by the Roman Catholic Church, but 1 Esdras and the Prayer of Manasseh (together with 2 Esdras) are placed in an appendix to the Latin Vulgate Bible.]